This weekend was a busy one for awards ceremonies, with the Underwire Festival announcing its winners on Saturday, followed by the BAFTA Children’s Awards on Sunday.

The Underwire Festival is the UK’s largest film festival showcasing and celebrating female talent across the crafts. Their 2018 awards ceremony took place on Saturday 24 November, and the Best Director award, sponsored by Directors UK, went to Roxy Rezvany for her short film, Little Pyongyang.

You can watch the film below: 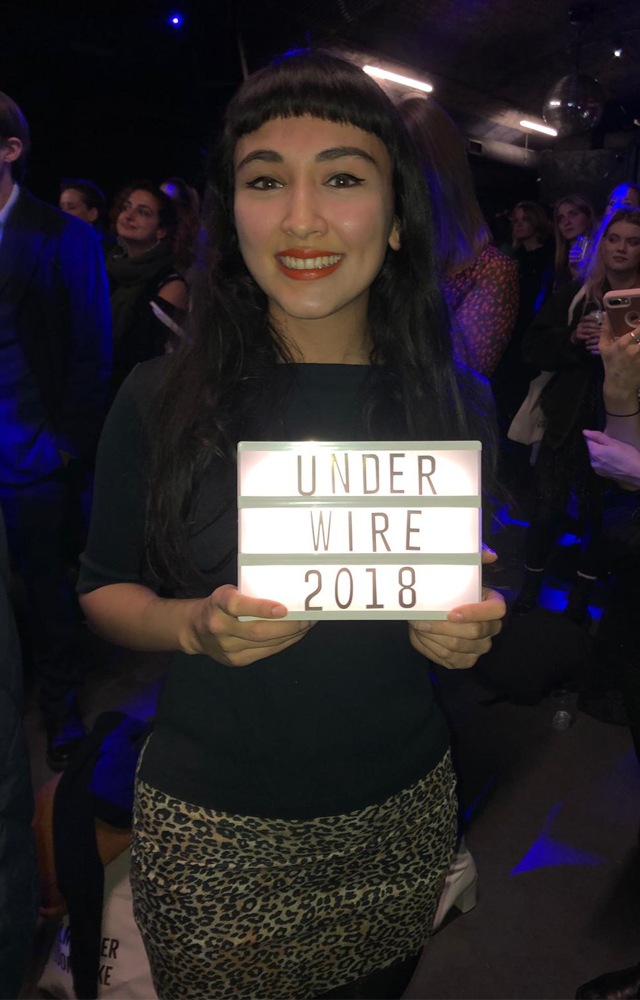 Roxy Rezvany, winner of the Best Director award at the Underwire Festival 2018

But the weekend didn’t end there. The BAFTA Children’s Awards took over the Roundhouse in London on Sunday 25 November, where hosts Marvin and Rochelle Humes gave out awards to the best in children’s telly. This year’s Director award went to Directors UK member Grant Orchard for his work on the CBeebies show Hey Duggee.

Programmes that Directors UK members worked on were recognised in many of the other categories as well. Please go to the BAFTA website to see a full list of the winners.

Congratulations to Grant and all the other BAFTA winners.