Directing intimacy, nudity and sex is a complex and delicate process, and in a work that has themes of sexual assault and trauma, the responsibility to create a safe environment for cast and crew is especially acute.

Directors UK member Ana Pio spoke to us about her new film 7 to 10, and the careful approach she took to telling a true-life story of sexual assault, trauma and hypersexuality.

I got involved in 7 to 10 because I wanted to talk about sexual assault — but until now, I’ve never felt quite ready or mature enough as a filmmaker to go into such a complex territory.

The project was brought to me by Angelika May, the film’s lead actress. The brief had a basic storyline and context that was based on Angelika’s real-life experience, but I was free to explore the subject and adapt the story into my own script. I spent about six months writing a story that would fulfil both the brief and what I wanted to say in the right tone, but it was also important to be mindful of the end product, and consider very well what each scene means and of course what impact they could have on the audience.

From the process of developing my debut feature film script for the past four years, I’ve learned a lot about screenwriting and story structure. This gave me the tools and strength to take this story into production, and make something that could be respectful and important to those who survived sexual assault — but also strong enough to shake the core of the audience members that are somewhat blind to the presence of sexual violence in our lives.

7 to 10 became the story of Olivia, a young woman who was sexually assaulted at a party in high school. Years later, she’s still processing the trauma through various coping mechanisms, including hypersexuality, in an attempt to get her life back. On top of that, there is also an element of dark comedy.

I made sure the script was approved by Angelika before we started. She had questions and notes and I responded to them all. Most of the time, she only wanted to know the motivation behind what I had written and why.

It had been agreed between the two of us that — even though the story was based on her experiences — she wouldn’t necessarily be playing the lead. I kept my distance and asked my casting director, Mandy Steele, to go through everything with Angelika as she would with any actor auditioning for the project.

Angelika sent a tape in like any other actor. I was very happy with her self-tape but what I got from it was that she had no issues with the content. I was mindful that she could be telling me that she had no issues, but still have some reservations. I really wanted to make sure she was comfortable; she was and her performance was really good.

After I cast Angelika, we made time to get to know each other. I told her I wanted her to feel comfortable around me, and that she should be able to tell me anything — even if it hampered the project but made her more comfortable. I wanted her to know that we were friends and were in this together. This allowed me to communicate with her clearly and productively.

When the script was finally at the shooting stage, I took the time to spend an afternoon with Angelika really going through the script, scene by scene, asking if she had any questions or concerns. We talked about the past and Angelika’s future fears for the film, and changed some lines together too. I was confident she was good to go, and I really felt that if something was wrong with her she would tell me — and she always did. 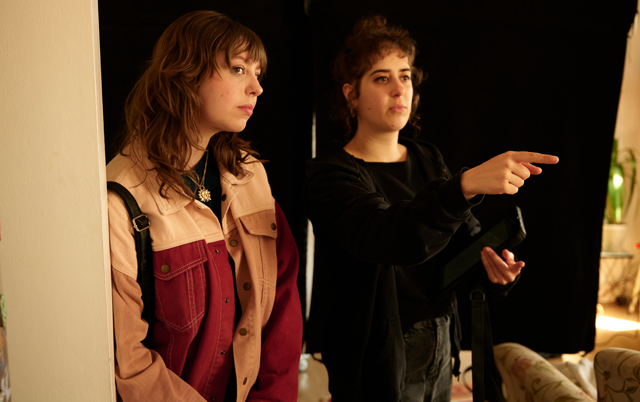 Because the story is based on my lead actress’s life story, her wellbeing and any potential triggers on set, especially during the sex scenes, were at the front of my mind. Like a lot of productions with a limited budget, we couldn’t afford an intimacy coordinator, but we put a lot of things in place to keep everyone as safe as possible. For example, we met days before the shoot and choreographed the sex scenes together, step by step, with everyone fully clothed, with a mental health first aider present. During that rehearsal, we also discussed the shot sizes. That allowed Angelika and the other cast members to get acquainted with each other beforehand in a private and calm setting and provided control, because everyone was involved in the choreography. For me as a director, I welcomed everyone’s suggestions, as I had never done intimate scenes and the idea was pretty terrifying.

Although the rehearsals ended up being super chilled, it helped me as much as it did everyone else. When you have the right cast, your life is easier and the experience more pleasant, and this was particularly important for the intimate scenes. We looked for people with body positive mindsets that would find this a positive experience and not something they had reservations about as actors. If you’re not comfortable with nudity and sex simulation on camera, that’s completely understandable. I wouldn’t be comfortable either. On the other hand, I also don’t want to be filming someone who’s not having a great time in what could be an awkward setting, as it’s not my desire to make anyone uncomfortable. We’re all different, and I was super blessed with my cast. Even though our subject was serious, the sex scenes were all performed in good humour.

On the day, we had closed sets, followed the choreography as agreed, and had a mental health first-aider present. The role of the first-aider was to go through safety measures on how and when to stop if you’re being triggered – for both cast and crew. Safety and wellbeing was a huge part of making this film.

Of course, while the shoot turned out to be great, I still had concerns throughout making 7 to 10. While the story revolved around an assault, I wanted to portray this without triggering survivor audiences, and falling into the exploitative lens of the victim — something that has been talked about a lot in the media. I was completely obsessed with writing a script that could be subtle but with a strong impact, which is harder in the short form, as you don’t get the time to develop subtlety as easily. But I think we’ve got the right balance. 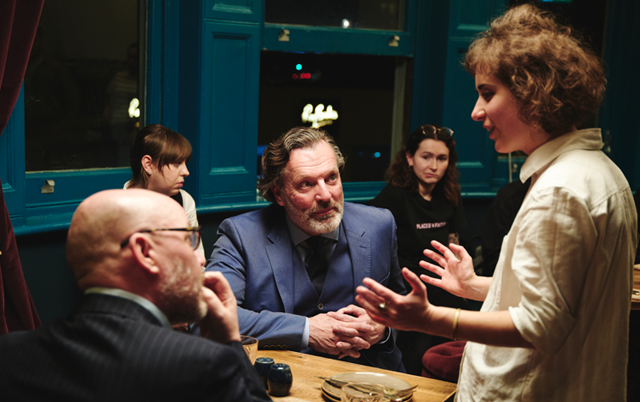 Equally, it was super important to think about how to shoot it. I’m not particularly interested in sex in film, whether as a filmmaker or as a viewer, but I had to put that aside as of course sex is going to be a major plot point in a story about a woman that develops hypersexuality when dealing with sexual trauma. So how do I show this without showing it — but also without looking like I’m not showing it? That took time to get right. I didn’t want the visuals of Olivia’s sex life to be repetitive, even though we’re portraying a repetitive pattern in the character’s behaviour. Of course, the nudity had to be tactful, and something that everyone was comfortable with. We came up with different points of view, including shadow-playing and reflections, which I’m quite excited about as they’re way cooler shots than if the sex was gratuitous.

Finally, this leads me to post-production. We are currently crowdfunding to complete the film. We have a very good campaign, offering some great rewards, and we’ve already reached 50% of the goal, which is good, but we’re not quite there yet! Please take the time to check out our campaign here, and support or share.

My aim is to create a good one-year film festival strategy and spread our film far and wide. Not only for the story, but for the communities we’ve reached out to and are in partnership with, like Times Up UK and I Am Empower. We want to empower survivors to heal whichever way they feel inside, by demystifying what is designated by toxic media an “imperfect victim”.

7 to 10’s representation of trauma on screen, the way it was written, shot and produced matters. And together we can make a stronger impact.

Find out more and support 7 to 10 on Kickstarter here.