Industry unites to put sustainability firmly on the agenda

Figures from some of the UK’s most high-profile creative organisations gathered at BAFTA today, to discuss and discover the progress being made in creating a more sustainable industry for the film, television and video games sector.

Hosted by Alistair McGowan, the second Greening the Screen event took place on 12th November, around two years after the first. According to McGowan, the attendance had risen considerably since last time, but given the calibre of speakers, that was perhaps not so surprising.

After sharing his own encounters with on-set wastefulness, and how this had led to his involvement with this initiative, McGowan handed over to Kevin Price, BAFTA’s Chief Operating Officer. Price informed the auditorium of the success of ALBERT, a free-to-use Carbon Calculator (http://www.bafta.org/about/sustainability/albert/) which has had over 800 users already. BAFTA now plans to roll ALBERT out across Europe, and is currently working on a multi-lingual version. They are also in discussions with the US film industry about working together on meeting the sustainability challenge, Price said.

Next up was Tim Cagney, Deputy CEO at the BFI. Cagney’s speech began with a sobering fact: for the past 327 months, the temperature of the entire globe exceeded the 20th century average. A startling statistic, and one which, when coupled with recent events in New York, left little doubt that climate change was now a reality. Cagney also spoke about the impact of the film industry on the environment: according to BFI research, the screen production industry in London produces around 125,000 tonnes of carbon emissions each year.

Fortunately, help is now at hand for reducing that figure. BS 8909, launched by BFI CEO Amanda Nevill last year at Cannes, is a British Standard for a sustainability management system in film. It provides a framework to help organisations and productions within the film industry achieve “360-degree sustainability”: according to Cagney, it allowed the BFI to reduce its emissions by 5% last year alone.

The BFI’s own BS 8909 expert Juhi Shareef then took to the stage to explain the Standard in further detail to the audience. Shareef emphasised the flexibility of BS 8909, stating that the policy left the details up to the individual most informed about the organisation. Shareef described BS 8909 as a system rather than a series of checklists, so as to make the process more adaptable, and be better equipped to meet each company’s needs. BS 8909 encouraged users to take a holistic approach to improving sustainability, taking into account not just the environmental considerations, but also the social and financial (and therefore saving them money!).

The final presentation came from Melanie Dicks of Greenshoot, an environmental and sustainability consultancy for the film industries. Dicks spoke of how they had collaborated with studios on a number of high-profile movies, including Sherlock Holmes 2, where they had trialled BS 8909 with great success. Since their inception the company has saved over 24,000 tonnes of C02 from being pumped into the atmosphere, and recycled and repurposed over 13,000 tons of film waste. Greenshoot is now working on its 20th film, which, as Dicks said, shows the industry is now beginning to take sustainability seriously.

Smith kicked off proceedings with a well-received video, featuring a dance craze that worked surprisingly well as a metaphor for leadership (watch it here), before speaking enthusiastically on the changes in attitude at the BBC in recent years: of the 25 children’s shows coming out of Salford for instance, 24 are working to reduce carbon emissions. Steele talked about the steps Sky had taken to put sustainability on the agenda, with initiatives such as allowing students to use Sky studios, and their commitment to carbon offsetting.

Sally Debonnaire spoke about the new series of I’m a Celebrity..., for which they worked with Ecoshare to ensure their time in the jungle had as little environmental impact as possible (having heard Melanie Dicks criticise the show for still using polystyrene cups, Debonnaire promised to remove them when she pays a visit later this month!). Debonnaire also spoke about the need to be bold, using the example of how, when at the BBC, she decided to work with a sustainable caterer that cost 10p per head more than the competiton, but that actually led to the Corporation saving money on waste.

Dan Dark spoke of WB’s challenge of making Leavesden, a 60 year-old building, more efficient, and also mentioned the 22,000 trees Warner Bros had planted to offset four of its recent productions. John Newbigin, who has been a vocal supporter of creating a more sustainable industry for a number of years, discussed Creative England’s achievements, and their intention to create a document for those low-budget films who want to do their bit too.

There was a consensus in the room that more needed to be done in educating the next generation of film and television workers about the most effective way to rise to the sustainability challenge, although the BBC and BAFTA’s work with Ravensbourne was a good start. Many also agreed that sustainability is now at the point health and safety was a decade ago: people are beginning to grasp the importance of tackling the issue, and it was now about getting the message out even further afield, until it becomes second nature. 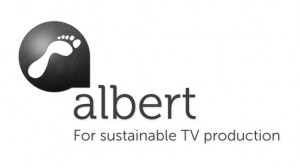 Q&A videos and live-tweets from the 2016 Oscar winners