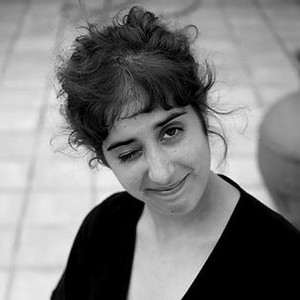 Ana Pio is a film director who studied Music, specialising in piano, from the age of 10. She directed and produced her debut short film in 2014, I Welcome You to This House, financed by the Portuguese Institute of Cinema and Audiovisual.​

In 2015, she graduated from her Masters in Directing at Met Film School with short films Ode and Eden, in London, where she currently lives. Eden screened in several 2nd tier international film festivals, won the Women in Film Achievement Award at the New Renaissance Film Festival, broadcasted on RTP 2 TV - Rádio e Televisão de Portugal - and is currently being distributed by Shorts International.​

She was selected for the 2018 and 2019 BFI NETWORK x BAFTA Crew and the 2020 Directors UK Inspire programme where she's being mentored by Rose Glass, the director of Saint Maud. Ana is currently distributing her new comedy short film PMS, as well as in pre-production of short drama Do As I Say with producers Andrea Land and Gerry Maguire, whilst developing her debut feature film Mother Nature with Andrew St Maur.
Read More