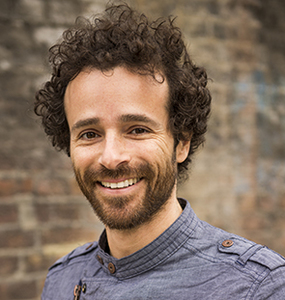 Based in London since 2009, I'm a Brazilian-British-Italian independent director currently developing my second feature film, as well as writing and directing short films.
​
My journey into film started in São Paulo first as an assistant director then moving onto directing commercials through music videos.

During these early years my desire to learn how to direct actors took me to perform as part of a theatre group, which gave me experience of the actor's perspective. Later on I went on to study acting at Fatima Toledo's School, known for its coaching the visceral performances in the City of God and Elite Squad, and I continued this development work in London. Working closely with actors in the building of a character is something that has always fascinated me.
​
In my first few years in London I also worked as a camera operator and editor across a wide variety of projects from narrative to documentary, which helped developing my visual language as a director.
​
In the U.S., Brazil and Europe, I've directed narrative, commercials, TV/WEB content, dance films and music videos.
Read More