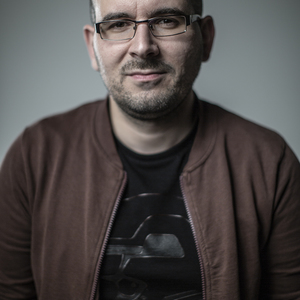 Paul is an experienced London based director/producer who forms part of BFI Network x BAFTA Crew 2021 and Directors UK.

Paul actually had a late start to his filmmaking career. Before stepping into the film industry he graduated and worked as a Civil Engineer for over 5 years at the design consultancy called Alan Baxter Ltd where he was responsible for the running of many high-profile construction projects around the UK. His love of film pushed him into studying a Master’s degree in Film Directing at the Met Film School in London where he graduated with honours and he has never looked back. What he learnt from his time in the construction industry has helped him to become a well organised and efficient filmmaker, who knows exactly how to handle a strict budget and deadline and manage a large team of people.


He freelances regularly for Sony Music UK and has produced over 30 music videos and promos for artists like Little Mix, Alexis Ffrench, George Ezra and Tom Grennan to name a few.

Outside of the music video world Paul has directed two spec commercials for the Distillery bar (Hilton) in London, one of which is now being showcased by Sony Professional Europe, the camera division of Sony, as a reference film to publicise their camera the ‘Sony Venice’. Paul also works regularly for various PR companies and directs corporate videos for companies like Huawei and Nokia.

His main passion lies in directing drama and his short film ‘Westbound’ (Hacia el Oeste) which he also produced and self-funded, was accepted into the Oscar qualifying Gijon International Film Festival in 2015. Paul’s debut feature film ‘Blue as the Sky’, a film about the difficulties of living with extreme OCD, is currently in pre-production and due to be shot and released in 2022. His other projects include short film 'Ruth' which was shot as part of the Directors UK and Arri Trinity Challenge, soon to be released knife crime short ‘Innocence’ which is due to be released in 2021.
Read More