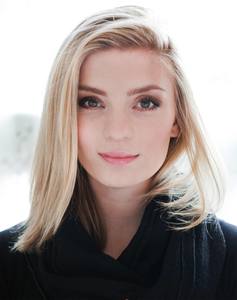 In 2015, Isabelle was selected as one of five directors for the BFI's iShorts+ FUNNY GIRLS scheme, in partnership with Big Talk and Babycow Productions, with her film THREE WOMEN WAIT FOR DEATH, written by BAFTA-nominated writer Nat Luurtsema. The film won the Chris Collins Best of British Live Action award at the Oscar- and BAFTA-qualifying Encounters Film Festival 2016 and was long-listed for the Best British Short Film BAFTA 2017.

For her first TV directing job, Isabelle was the lead director on the 26-episode drama THE ATHENA, starring “Charlie’s Angel” Ella Balinska, which aired on Sky One in spring 2019. Isabelle directed the pilot as well as episodes 2-6. The show was nominated for “Best Drama” at the BAFTA Children’s Awards 2019, as well as “Best Children’s Programme” at the Royal Television Society Awards 2020.

Following THE ATHENA, Isabelle went on to direct the final 3 episodes of series 5 of the critically acclaimed BBC One hit show SHETLAND, which also aired in spring 2019. The series received rave reviews across the board and was one of the most watched BBC dramas of 2019, with an average audience of almost 7 million viewers per episode.

In 2020, Isabelle will direct VIGIL, a brand new political thriller from the Golden Globe and BAFTA-winning producers of Bodyguard and Line of Duty, World Productions for BBC One, starring Suranne Jones (Doctor Foster, Gentleman Jack) and Rose Leslie (Game of Thrones).

Isabelle is in development of her debut feature film, funded by the BFI, with BAFTA-nominated screenwriter Islay Bell-Webb and Oscar-winning Still Alice producer James Brown.

Isabelle is represented by Curtis Brown for film and television in the UK and Grandview Management in the US.
Read More