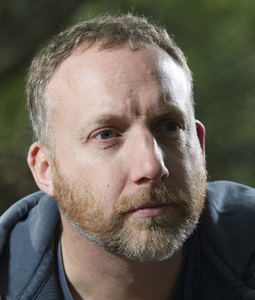 Writer/Director Derek Boyes graduated from the National Film and Television School with the spellbinding short, The Happiness Thief. The film premiered in competition at Cannes that same year and went on to play at film festivals across the world.

Derek continued to directed shorts for Screen South, the BBC and the Bfi/UK Film Council while developing a slate of feature projects. His first feature-length screenplay Blackout, a gritty micro-budget thriller, was optioned by Ipso Facto Films in 2009 after it beat over 200 other development teams to reach the The Big Pitch final.

In 2011, Derek stepped back from the film industry to bring up his daughter and although he continued to research and develop new film projects, not being able to get ‘behind the camera’ was increasingly unbearable. To remedy this he began to explore more resourceful and innovative ways to shoot regular no-budget shorts and in 2017 he took on multiple roles to make the 2018 award-winning i-phone short Last Night.

With increasingly affordable ‘home’ post-production software and a new guerrilla approach to filmmaking, Derek decided to single-handedly undertake the abandoned VFX work on his long awaited Bfi/Screen South funded short The Infectious Imagination of Henry Bramble, a heart-warming family fantasy that he hopes will open up similar opportunities he attracted with his pivotal NFTS graduate film.
Read More