Working with Writers, in partnership with Fresh Voices

Our latest event focused on the relationship between writers and directors. Held in partnership with Fresh Voices we hosted a Q&A with Jed Mercurio followed by a networking session.

Below you can read an account from Directors UK member Christiana Ebohon about her experience at the event plus the tweets from the Q&A with Jed.

Last Thursday I attended the Working with Writers talk in conversation with Jed Mercurio. The evening was for directors and also writers from Fresh Voices (a scheme for BAME writers). It was a great opportunity to hear Jed Mercurio answer questions about his career, writing process, his move into directing and more recently his work as a showrunner on later productions.

He was a doctor, who started providing story outlines for World Productions on 'Cardiac Arrest' and managed to convince them to let him write the entire first series. Jed put this down to being very cheap and his writing style which reflected his interest in the exciting bits of the lives of his characters but left the rest out. This was how he learnt scriptwriting, he then hung around set and learnt about production as his scripts were being filmed and grew increasingly interested in directing.

His initial requests to direct were turned down, then the next and the next but eventually he was given a chance to direct on 'Bodies' and he never looked back. He approaches his work practically and believes that all things can be learnt, as opposed to him being overly creative or gifted.

Jed pointed out that he has had three series ideas turned down by broadcasters between making 'Line of Duty' and his forthcoming series, 'Critical'. This made everyone in the room feel better - there are highs and lows in every career. His trick is to keep doing it; writing new things and taking the knocks like the rest of us.

The networking after the Q+A was refreshing. Every director was paired with two writers and your task was to meet them. This proved an interesting challenge and forced you around the entire room in search of your prey - BAME writers keen to forge new contacts and discuss each other's work. It was a great evening and before we knew it, we were being shown the door. 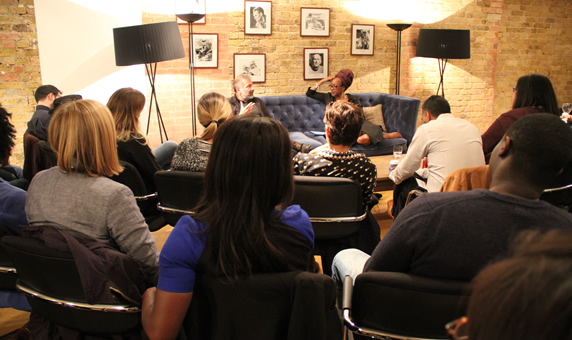