The British film industry took a step forward on Tuesday as the BFI announced a series of major changes to its Film Fund, including a commitment to 50:50 gender balance — a target we are proud to have recommended in our Cut Out of the Picture report.

Published in 2016, our report recommended among other steps a target of “50% of the films backed by UK-based public funding bodies to be directed by women by 2020”, in response to the findings that women made up just 13.6% of working film directors in the ten year period studied, and that only 21.7% of UK-based publicly funded films in that time had a woman director.

Our campaign urged the film industry to take decisive action as the evidence showed that the number of women directors working in the UK film industry will only ever improve with direct industry wide intervention. We are therefore thrilled to see the BFI taking this step towards addressing this serious and long-running imbalance.

Significantly, the BFI is also setting essential targets for BAME representation (20%) LGBTQ representation (9%) and disability representation (7%). Writing for Screen International, BFI Film Fund director Ben Roberts explained that “Targets…are part of how we can help drive real diversity and inclusion in the films we support, which is vital to ensuring more cultural vibrancy, relevance and commercial growth”.

In announcing these changes, Roberts stressed the difference between targets and quotas: “Quotas can unintentionally induce people to ’positively’ discriminate, which is unlawful. Targets on the other hand are part of how we can help drive real diversity and inclusion in the films we support”. These targets will be put in place formally from April 1, 2018, and monitored across the writers, directors and producers of supported projects. 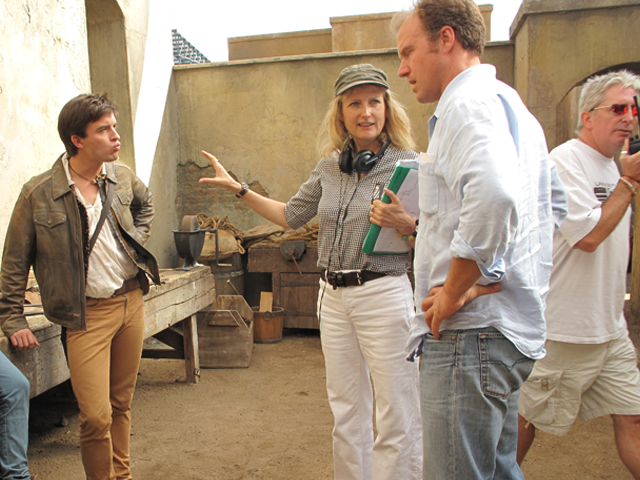 Meanwhile, the BFI has also announced that it will also be hiring six regional full-time talent development scouts based across the North, South West, South East, London and the Midlands. These scouts will be based in cultural centres across the aforementioned regions functioning, in Roberts’ words, like A&R scouts with “a focus on outreach, discovery, and an opportunity to fund, encourage and engage new talent”.

It’s great to see the recommendations of our Cut Out of the Picture report being acted on by the industry — and this is testimony to the hard work of those who contributed to and supported our research and campaign including former Chair Beryl Richards, our Film Chair Susanna White, Head of Campaigns Ali Bailey and all of those on our Directors UK Gender Equality Group; and the report’s authors Stephen Follows, Alexis Kreager and Eleanor Gomes.

Andrew Chowns, Directors UK CEO, said: “This is a bold and exciting move by the BFI.  These targets are right, fair and achievable and we will work with the BFI to turn them into reality”.

While this is an encouraging step forward, we recognise that there is plenty of work left to do, and we will continue to campaign for proper gender balance across the industry at large. Please visit our campaigns page for more information and to download a full copy of the report — as well as graphics and a campaign badge. Don’t hesitate to contact us on social media, and post about the campaign using the hashtag #DUKFilm5050.