Summer Social a success down by the Riverside

Members flocked in unprecedented numbers to the 2012 Summer Social & AGM on Tuesday (17th July), for an entertaining, informative and hugely enjoyable evening.

Proceedings began at 5pm, where members congregated around the exhibitor stalls situated in the bar of the Riverside Studios, each offering members services or equipment to benefit their careers. Pro Motion Hire and Arri both provided camera equipment for members to get familiar with, whilst ProductionBase, Broadcast and Hencilla Canworth were on-hand to offer a discounted rate to their services.

Directors UK was also represented of course, informing members of the many benefits of signing up to the New Membership Scheme, and answering questions on other areas of the organisation too. Each stand seemed to attract a crowd as the evening advanced, with Pro Motion seeming particularly busy at times (thanks in no small part to the Directors UK-emblazoned cakes, no doubt).

A short while later and members were invited into Studio 2, for an informal, educational and at times highly amusing presentation from renowned producer Patrick Uden and the hugely successful Richard Loncraine, director of The Special Relationship, Band of Brothers, The Gathering Storm and Firewall. After years of success in the more traditional audiovisual industries, Patrick and Richard had recently entered the burgeoning apps market with their company Heuristic-Media, and they were here to tell members how and why they had done so.

The pair talked us through their individual apps (Cyclepedia, Monty Python and London: A City Through Time), what had worked, what hadn’t, and what their hopes for the future were. Members listened and watched intently at their impressive AV display, and a glut of questions from fascinated members followed after the pair had finished talking.

After a quick break for a drink and a chat in the bar, members took their seats in the studio once more for the official AGM to begin. Directors UK President Paul Greengrass spoke positively about the strides made by the organisation by way of introduction, and urged members to keep encouraging their peers to join whenever possible, before handing over to Chair Charles Sturridge. For his part, Charles focussed on a number of the major achievements since the previous AGM, looked to future challenges to come, and told members to hold Directors UK to account if they felt in any way unrepresented by the organisation.

Next up was Distribution Committee Chair Delyth Thomas, giving her first presentation at an AGM since taking over from long-standing predecessor Peter Nicholson. Delyth gave a very healthy assessment of the money being distributed to members in the coming months, using graphs to illustrate the steady increase in the size of payments to members over the last six months. She also spoke about the upcoming changes to the points system, of which more here)

The final part of the AGM was reserved for a panel discussion with the Directors UK Committee chairs, Iain Softley (Film), Paul Elston (TV Factual), Piers Haggard (International) and Beryl Richards (Women, also covering for Robin Sheppard, TV Fiction chair). Each gave an outline of their challenges and successes over the past 12 months, along with some of the issues they were preparing to tackle before the next AGM. Questions from the audience followed, before Andrew wrapped up the official business and invited members to the terrace for a BBQ and drinks.

All in all then a great evening, with a higher turnout and greater number of activities than ever before. Many thanks to all those members who made it down, we hope you found it as enjoyable and informative as we did, and we hope to see you again next year. 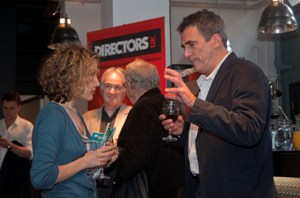 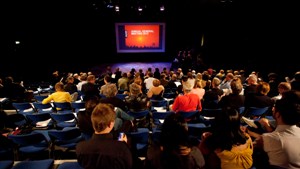 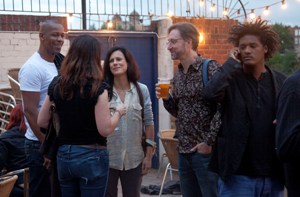 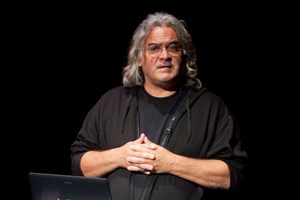 PODCAST + TRANSCRIPT: Another Round — Thomas Vinterberg in conversation with Paolo Sorrentino