Published on: 25 January 2018 in Career Development 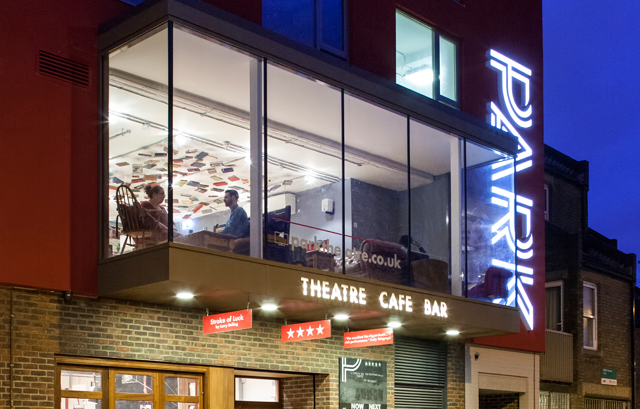 Our Stage and Screen talent scheme, in partnership with Film London and the Park Theatre, is now open for applications.

This is a great chance to watch some great plays, meet producers and expand your professional network. But don’t take our word for it: hear from our directors below on the great plays they saw, and what they got out of the scheme.

I am all for cross pollination, and I found the Stage and Screen event very inspiring. We watched The Retreat. It was particularly interesting to me because I worked on a series for the BBC called The Monastery back in 2003, and so much fun to see some of the same themes interpreted as part of a witty play. Us having all watched it made the networking afterwards flow nicely because we had that shared viewing experience. I had the opportunity to chat to the director and producers of the play, and also to meet other film producers, one of whom I will be following up with about a new project on my slate.

It was pure whim and the fact that the Park Theatre was my nearest theatre that inspired me to attend Stage and Screen, specifically the event arranged around Roxana Silbert’s production of What Shadows.

It turned into an afternoon full of surprises; amongst the fellow directors there was Gillies Mackinnon whose work I have long admired; and amongst the film producers rounded up by Film London I was able to re-connect with an ex-student from years back, Anthony Joblin, who is now working for Renaissance Films.

The surprises continued through the play itself which was a powerful examination of the public and personal events leading up to Enoch Powell’s “Rivers of Blood” speech and the repercussions on the lives of those who knew him. Amongst those friends was the left-wing Clem Jones, editor of the Wolverhampton Echo, as I watched the play I realised that I had known the real Clem when I was in Shropshire setting up the first tour of Pentabus. Clem had been one of our local supporters.

In the networking event after the play I was able to share this with Nick Le Prevot who had played Clem and to get to know the producers at The Park who were extremely friendly and open about the kind of projects that the Park was looking for.

It was a great event, a good play, and I made connections with people I’d known from the past and established new connections. I plan to be going again.

Find out about the latest intake of Stage and Screen, and apply by Tuesday 5 February.