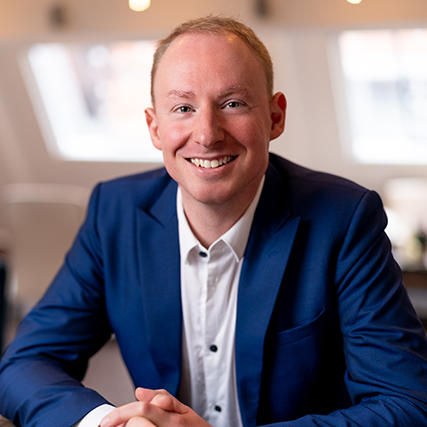 Lord Richard Attenborough, CBE has died at the age of 90, following a long and distinguished career at all levels of film production and having made an immeasurable contribution to the British film industry.

Attenborough was born in Cambridge on the 29th of August 1923, the eldest of three Attenborough sons that also includes the celebrated naturalist and broadcaster David. Having acted in a number of productions whilst at grammar school in Leicester, Richard won a scholarship to train at RADA in 1940. A number of West End performances followed before joining the RAF in June 1943. Oddly enough it was via this circuitous route that Attenborough would have his first real interaction with the world of film, seconded to the RAF Film Unit at Pinewood Studios to work under the command of John Boulting. John was one of the famous Boulting Brothers, who would go on to direct Attenborough in a number of films and plays throughout his career including a film recreation of his earlier acclaimed stage performance as Pinkie in Brighton Rock (1947), the original cast of West End phenomenon The Mousetrap (1952) and a series of satirical comedies in the '50s including In Private's Progress (1956) and I'm All Right Jack (1959).

It was also whilst at the RAF Film Unit that Attenborough married Shelia Sim, an actor who was cast alongside him in John Boulting's wartime propaganda movie Journey Together (1945). The couple would go on to star in The Guinea Pig (1948) (with the then 25-year-old Attenborough playing the part of a 15-year-old schoolboy under the scholarship of the apparently older house mistress portrayed by Shelia) and in the aforementioned production of The Mousetrap.

A prolific number of acting roles followed throughout the rest of the '40s, '50s and '60s. His youthful looks often led to him playing characters much younger than himself, including soldiers and sailors as well as a succession of working class ne'er do wells in the vein of Pinkie. In the course of his acting career he worked with some of the greats of cinema including Michael Powell and Emeric Pressburger in A Matter of Life and Death (1946) and broke through to appear in US blockbusters such as The Great Escape (1963) and The Flight of the Phoenix (1965).

But following the formation of his own production company, Beaver Films, with actor and director Bryan Forbes in the late '50s, and an independent distribution company, Allied Film Makers, with Forbes, Guy Green, Michael Relph, Basil Dearden and Jack Hawkins, it's possible to see a gradual shift in his cinematic ambitions from in front of the camera to behind it. His early work as producer included The League of Gentlemen (1959), The Angry Silence (1960) and Whistle Down the Wind (1961). Attenborough has stated that he only took on the US acting work to help finance his long-held dream to direct a biopic of the life of Mahatma Gandhi. Indeed at one point the Gandhi project was the only film he could ever see himself directing. However his production work soon led to his first work as a director: 1969's Oh! What a Lovely War. The satirical musical, based on the original stage version, was a critical and commercial success that revelled in its surprising stylistic flourishes.

After another of his most celebrated acting performances as serial killer John Christie in 10 Rillington Place (1971), Attenborough continued to develop his directing career with two larger budget and technically challenging epics: Young Winston (1972) and A Bridge Too Far (1977), followed by a brief sidestep into the realm of psychological horror with Magic (1978). These projects served to hone the particular skills he would need when (after 18 years in the planning) he finally got to direct Gandhi in 1982. Here he displayed a talent for directing large casts, including the 300,000 extras who appear in the famous funeral scene. Nearly as famous is the way in which he happily treated those extras as he would any other star, reportedly asking the Indian peasants for "a bit more grief, sweethearts". The film was an enormous success, winning eight Oscars (unprecedented for a British film) for Best Director, Best Picture, Best Actor, Best Original Screenplay, Best Cinematography, Best Art Direction, Best Editing, and Best Costume Design. On receiving the Best Director statuette, Attenborough characteristically used his speech to deflect attention to the producers, distributors and all the other people who helped him get the film made, with a touching acknowledgement of the other directors nominated alongside him, including Wolfgang Petersen, Sydney Pollack, Sidney Lumet and Stephen Spielberg.

Attenborough's follow-up was again an adaptation of a popular stage musical in the form of 1985's A Chorus Line, before swinging back the other way to direct another grand biopic that highlighted an important moment in social history in 1987's Cry Freedom, depicting the life and death of anti-apartheid activist Steve Biko.

In parallel to his directing career, throughout the '80s Attenborough was carving out an important role in helping to advance the entire British film industry through his contributions to innumerable professional bodies and charities for film, theatre, drama and education. Foremost amongst these were his active stints as Chairman of Channel 4, Chairman of the British Film Institute, President of RADA, President of the National Film and Television School, Vice President and later President of BAFTA and Chairman of the British Screen Advisory Council. He would continue in many of these roles well into the '90s and the 21st century, later becoming a government advisor for the UK Film Council and serving as the Honorary President of many organisations for the rest of his life. He was knighted in 1976 and made a life peer as Baron Attenborough of Richmond upon Thames in 1993.

Central to all this work was a commitment to the disappearing art of face-to-face negotiation and his never-wavering use of charm and enthusiasm all in the name of getting things done. A lifelong Labour supporter, Attenborough was nevertheless happy to woo Margaret Thatcher with a well-placed "darling" in order to further the cause of British film, as when he went to 10 Downing Street in 1990 to deliver a speech on what the government should do to save the industry.

After a 13-year break from acting, Attenborough was introduced to a whole new generation with performances in Spielberg's Jurassic Park (1993) and The Lost World (1997), and - in a perfect piece of casting - as Santa Claus in a remake of Miracle on 34th Street (1994). Meanwhile, his directing career continued with several other well-received biopics; depicting perhaps the most famous actor of all time in Chaplin (1992), C. S. Lewis in Shadowlands (1993), Ernest Hemingway in In Love and War (1996) and the conservationist Archie Belaney in Grey Owl (1999). His other passion project, an historical drama about the life of Thomas Paine, sadly never came to fruition, despite attempts still being made to secure funding as late as 2008. His final directing project was Closing the Ring in 2007, a World War II love story told across two continents.

In his later years Attenborough was left devastated by the loss of his daughter and granddaughter in the December 2004 Asian tsunami disaster. In 2008 he suffered a stroke and after the subsequent fall slipped into a coma; he recovered quickly but was later confined to a wheelchair and in 2012 he joined his wife in Denville Hall, a home for the care of elderly actors - a home he had long supported in its charitable aims.

Lord Richard Attenborough, CBE died on the 24th August 2014. He is survived by his wife of almost 70 years, their two surviving children, six surviving grandchildren and a great-grandchild.

Directors UK and the whole directing community will miss him and his tireless work on behalf of British film. 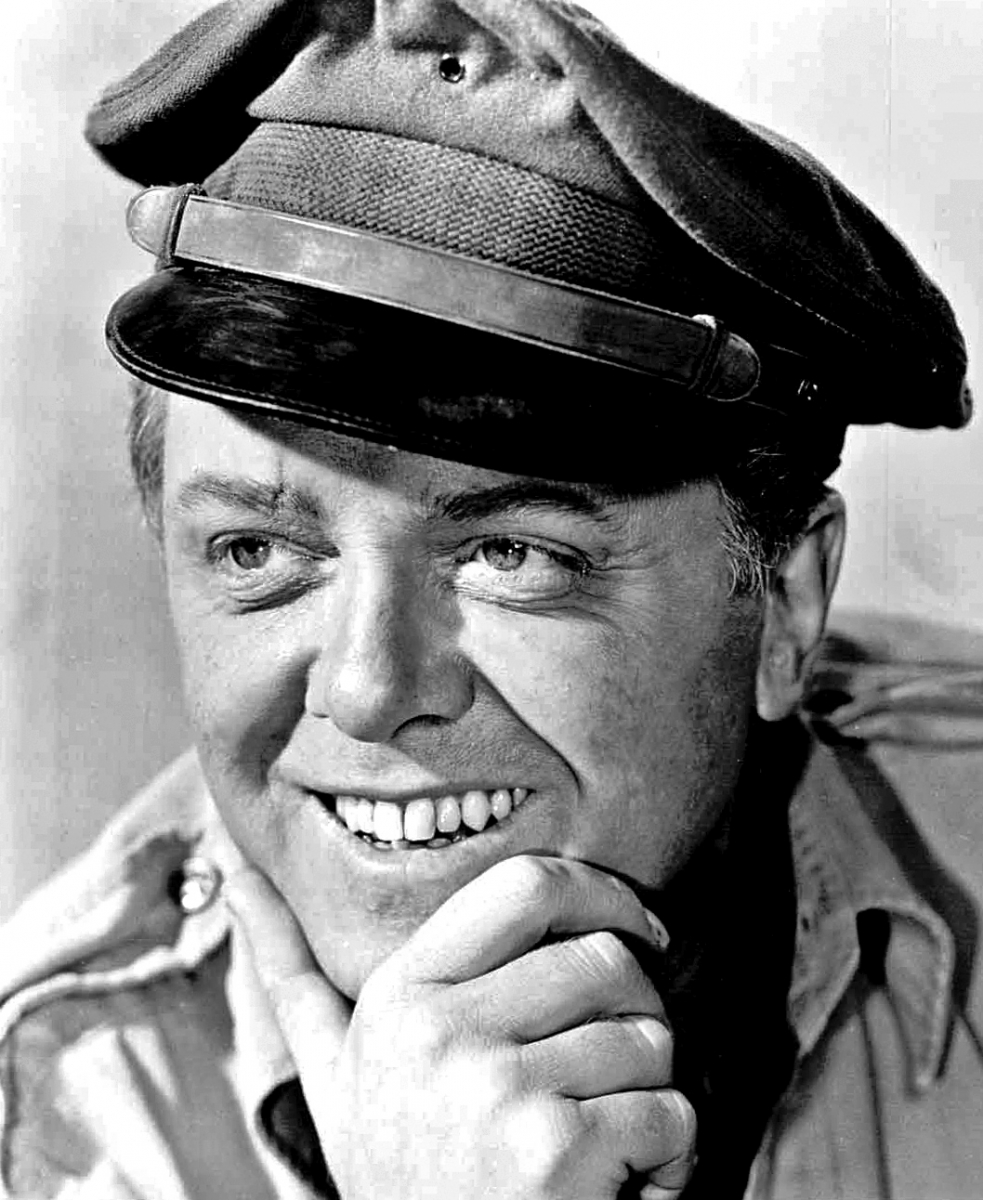 Five members co-opted to the Directors UK Board