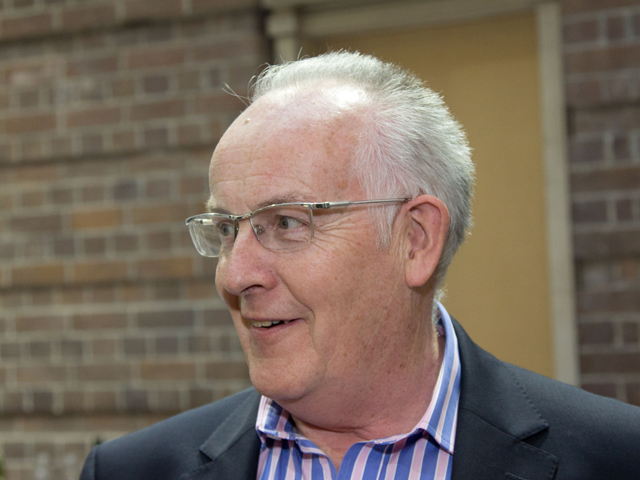 We were saddened to hear of the recent passing of the television director Terry Dyddgen-Jones, who is well known for directing over two-hundred episodes of Coronation Street. Here we take a moment to appreciate his life and works.

Born in Carmarthenshire in 1950, Dyddgen-Jones did not begin his directing life until his forties. One of his first roles in television was as a continuity announcer for HTV, which is now known as ITV Wales. As an actor he played the role of Iolo Griffiths on Pobol y Cwm (1975), before becoming a major figure in Welsh Language Drama production. Having been christened Terry Jones, he adopted the name Terry Dyddgen-Jones in 1974 to simplify the process of joining Equity – where Monty Python actor Terry Jones had already registered with the name.

In the early 1990s, Dyddgen-Jones began his directing career with a stint in children ’s television – series directing Troi a Throi (1992). It was in 1997, however, that Dyddgen-Jones began a long and fruitful stint as a director on Coronation Street, overseeing some of the programme’s most memorable moments until 2014.

Terry Dyddgen-Jones passed away in Cardiff at the age of 67, following a short illness. Our thoughts are with his friends and family at this time.

I worked with Terry many moons ago as a 1st AD on a Welsh Language show called Glan Hafren. He was a joy to work with as director, always quick to praise and acknowledge a job well done — I learned so much from him. When I got my directing break on the same show, I will never forget how encouraging he was, how much it meant to me at the time and still does. He never stopped encouraging me. The man, as much as the director will be much missed.

Alongside his career as a director Terry was a great supporter of Directors UK’s work, especially in our industrial action for better pay on continuing drama series and generally in regard to supporting members living and working in Wales. I will miss his wise advice and enthusiastic support.

Have you checked the AMPS directory?

The Tempest comes to Dagenham: Deborah Paige reports from the DCF ‘Directors in Schools’ scheme

How would leaving the EU affect directors and Directors UK?