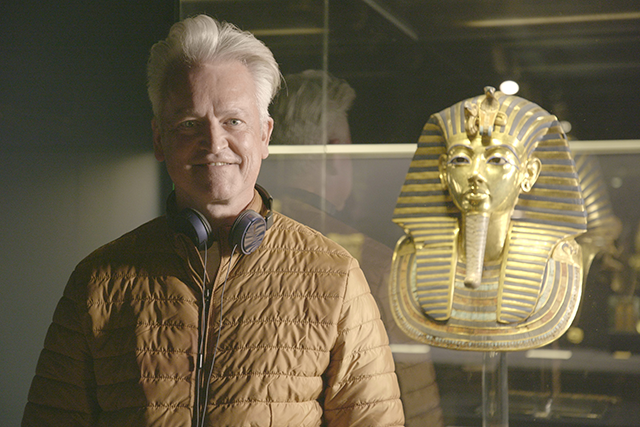 Directors UK was deeply saddened to hear of the passing of BAFTA and RTS Award-winning director Kenny Scott, aged 54.

Kenny directed a number of high-profile science and specialist factual documentaries, and was known for creating imaginative visual sequences to explain complicated ideas. His career took him from a physics PhD on superconductors in the early 90s to working with leading scientific communicators including Adam Hart-Davis, Alice Roberts, Brian Cox and Jim Al-Khalili.

Below, colleague and fellow Directors UK member Mark Radice remembers Kenny and his life as a director.

Directors don’t often know precisely how other directors work. Ours is quite a solitary profession. We spend a lot of time with producers, DoPs and editors, but we don’t really share our space with other directors.

I knew Kenny well. We both made films at Windfall Films, Blink and at the BBC. We often spoke about films and filmmaking – and had many collaborators in common.  But I didn’t have a clear picture of how he worked.

When I spoke to Ed Stobart at Alley Cats, the company at which Kenny made his last film Tutankhamun’s Secrets (due to air later this year on BBC2), Ed said that Kenny was a “director’s director.” This chimed with me and I wanted to explore it a bit further. What did this mean? And what was Kenny like as a director?

To find out, I looked back at conversations I had with Kenny, and I also spoke to some of the filmmakers, producers and collaborators we had in common.

Late last year I had an idea about filming a pilot in a cockpit and intercutting it with aerial footage of a Super Hornet.  We didn’t have much money and I wasn’t sure if it would work – so I asked a couple of directors, and one of them was Kenny.  I still have the WhatsApp correspondence – and his detailed response revealed how deeply he thought about such issues. He also sent me some notes from his DoP, Pete Allibone, about how they might shoot this scene. So I got in touch with Pete to find out more about Kenny. 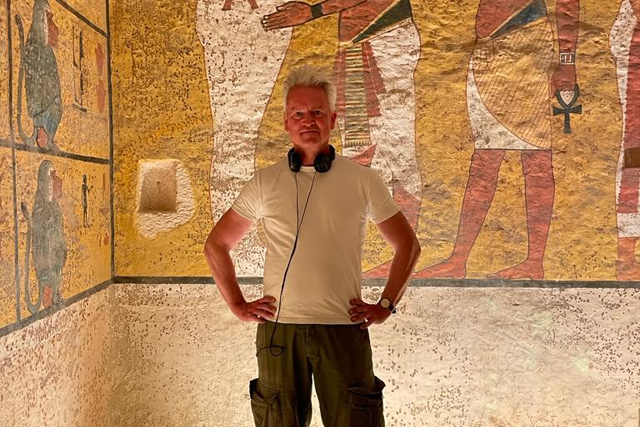 Pete told me, “I have no clue how Kenny came up with the ideas that he did – so bold, so fresh and often with a charming simplicity that made them even more appealing.  He wouldn’t settle for mediocre. He always sought to push boundaries and strive for something a bit different.”

Piers Leigh, another DoP who shot many of Kenny’s films, said that Kenny always had a clear idea of precisely what they were filming – and how it would fit into the overall programme.  “For Kenny every sequence had a point but was always tied into a larger theme. So intention and structure was at the heart of every scene. We always discussed where the sequence sat and how that needed to feel visually within the overall film. But best of all was the cleverness he had, which meant he could always come up with ways to make a sequence work visually. Kenny never did wallpaper.”

Ian Duncan, the co-founder of Windfall Films, said Kenny always wanted to “side-step the cliché” and told me about a scene in one of Kenny’s films that he made for Windfall: “The documentary was about the evolution of the machine gun, and Kenny had to explain how the tactic of enfilade accounted for horrendous casualties on the WW1 battlefield. Rather than following the conventional history doc approach of using talking heads, dramatic re-enactment, and graphics, he came up with something more inventive and immediate. He recruited a colourful ex-SAS man, gave him a loaded WW1 machine gun, and asked him to demonstrate the tactic in a field packed with hundreds of powder-filled balloons.”

Kenny’s imagination spread into every area of production. Adrian Wyer and Dave Throssell of Fluid Pictures created graphics for many of Kenny’s films. Adrian told me how Kenny was creative even with the slightest of material: “Kenny had an uncanny ability to extract diamonds from the roughest stone.” And Dave, a fellow physicist, saw how Kenny’s scientific way of thinking often informed his storytelling. “Working with Kenny was an oddly joyous experience. We worked together on projects which ranged from quantum biology, the multiverse, crashing planes, machines guns and helicopters. All came with Kenny’s forensic attention to the slightest detail. I think he brought his physics doctorate to the table and always thought there was ‘an answer’ if we could only find it.” 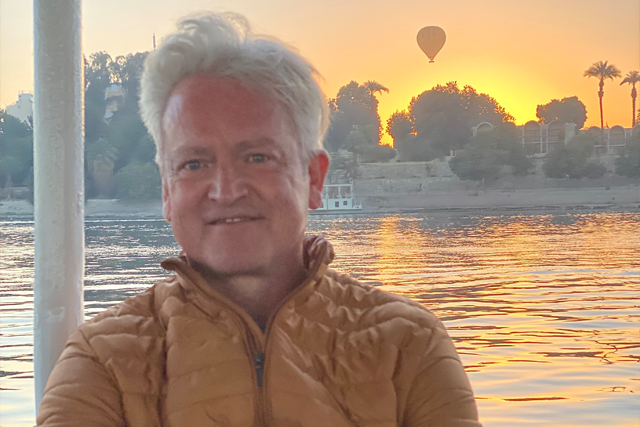 Declan McCann, the last editor to work with Kenny, also told me about Kenny’s attention to detail in the cutting room. “As an editor you can get very frustrated with what you have to work with, but with Kenny’s rushes that was never the case. It was all there, every angle, every cutaway, every texture, every sound, everything covered in a beautifully crafted way… he was a very special talent.”

Kenny was clearly also good at bringing teams of people together to work on his projects and to help him to realise his ideas. Steve Dorrett worked on many of Kenny’s films, including Mummifying Alan, Blink Films’ 2012 Channel 4 doc, which won both the BAFTA for Specialist Factual and the RTS Award for Science and Natural History. Steve said: “Mummifying Alan had its tricky moments given that it was very much a one-take-only deal, but Kenny trusted in his team, encouraged collaboration, and insisted on finding the lighter moments, even as the clock struck midnight and beyond. These traits were evident on every one of Kenny’s shoots. Kenny had our backs, so we had his.”

And Ed Stobart, the exec on Kenny’s last film, could see how his passion inspired people who worked with him. “Kenny was in his fifties when I got to work with him on his last job, which quite often can be the age that a lot of the stuffing has been kicked out of people by the constraints of making broadcast TV. Not Kenny. He came to the job with the passion you'd expect from someone setting out; he really cared about the craft of making a film. This enthusiasm was infectious, and we all picked up on it.”

So if being a “director’s director” means being like Kenny Scott: treating every story with passion, striving to create something new and different – and inspiring your team to work harder and better, then this is something I think we should celebrate and encourage.  TV needs people like Kenny Scott, and the industry will be all the poorer without his passion, creativity and drive.