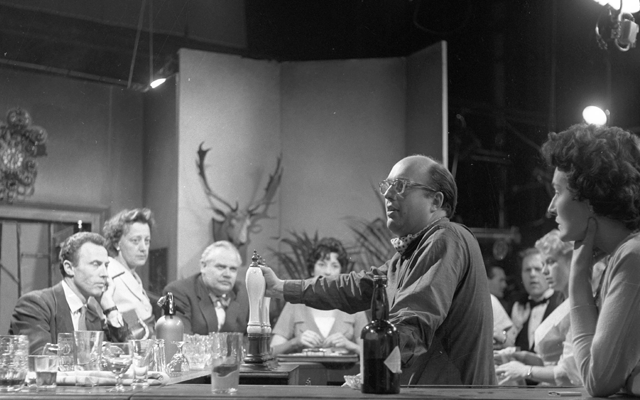 We were saddened to hear of the recent passing of our member John Llewellyn Moxey, known for a long and impressive career in television that encompassed everything from Coronation Street to Miami Vice.

John Llewellyn Moxey was born in Argentina in 1925, before moving to the UK and attending the Royal Military College at Sandhurst. After serving in the army during the Second World War, Moxey entered the industry as an editor. His start in directing came from directing single plays on London Playhouse (1955) and ITV Television Playhouse (1956). Before long, he was directing Coronation Street (1961) as John Moxey, and had also released his first feature film, The City of the Dead (1960), featuring Christopher Lee.

As the 60s progressed Moxey worked on a string of high-profile programmes, directing an episode of The Avengers (1967) and seven of The Saint (1964). This continued into the seventies, when Moxey had stints directing Hawaii Five-O (1970) and, notably, the pilot episode of Charlie’s Angels (1976).

Moxey was also prolific throughout the eighties, directing episodes of Miami Vice, Magnum P.I. and Murder, She Wrote (all 1984) — while also working on a series of TV movies, including the Kim Basinger-starring Killjoy (1982) and The Children of An Lac (1980). His busy television career continued until the early 1990s.

On April 29, John Llewellyn Moxey passed away at age of 94. He is survived by his wife Jane and two children. Our thoughts are with them at this time.

Directors UK member Davy Andrews worked with John Llewellyn Moxey in one of his first roles as a young actor. He remembers his time working with John below:

As a young actor I gave one (or rather three) of the best performances of my acting career before I became a director. It was in an ATV play called A Tricycle Made for Two by Arden Winch starring Yootha Joyce and me. It was a trilogy of short plays for a prime time slot and Yootha and I played the leads in each one. The only other actors in it that I remember were Patrick Newall as a dodgy used car salesman and a delightful old actor — well-known on TV and movies —  whose name has now escaped me, who played a canny tax inspector. Moxey was probably the most intelligent and helpful director I ever worked with — he had great empathy with actors and directed with precision while respecting and harnessing the actors’ exploratory instincts. He cared greatly about things that sometimes tend now to be less important in television drama - like clarity of speech and speech recording without compromising performance or truthfulness! I believe the play, made “as live” around 1963-4,  survives in the BFI archives.