We were saddened to hear of the recent passing of Ivor Benjamin.

Ivor was not only a well-respected director of theatre, but a tireless campaigner for directors’ rights, and was heavily involved in the work of both the Directors Guild of Great Britain and the Directors Charitable Foundation.

Below, Chair of the Directors Charitable Foundation Vladimir Mirodan writes in remembrance of Ivor, and his formidable life and works. 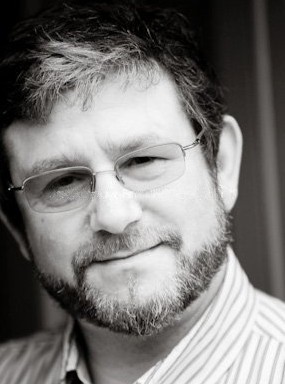 Theatre director and writer Ivor Benjamin, who died recently following a long illness, dedicated much of his professional life to helping directors as well as to celebrating the art of directing in all its forms. In her eulogy, given during a moving funeral ceremony attended by over two hundred mourners, his widow Amanda described him as a ‘rescuer’ – of people as well as causes. Nowhere was this more in evidence than in his long and dedicated support for the aims and struggles of directors.

Born in 1956 into a close-knit Jewish family in North London, Ivor was educated at Haberdashers Aske School and in the late 1970s read English at Trinity College Cambridge. A production he directed in his final year gained him a Best Director award at the National Student Drama Festival; this in turn led to his first professional appointments: first as Assistant Director at the Youth Theatre, then as Staff Director for the main company at the Belgrade Theatre, Coventry (1982-84). During the decade that ensued Ivor also directed at the Birmingham Rep., the Bolton Octagon, the Harrogate Theatre and the Contact Theatre in Manchester. Notable productions included an adaptation of Animal Farm, Willy Russell’s Stags and Hens and the UK cast premiere of Athol Fugard’s My Children! My Africa! In all, Ivor directed throughout his career over 60 stage productions in Britain, Canada, Ireland and Israel as well as writing 14 plays and film scripts. His adaptation of Rashomon, based on the original Japanese stories, toured internationally to Ireland, the USA, Singapore and the Philippines.

Forever in search of the new, Ivor was an early adopter of the use of computers in the arts: this led him to gaining an MSc in Systems Analysis (City University, 1993) and as early as 1995 to lecturing enthusiastically on the possibilities of using virtual reality in the theatre. During the 2000s Ivor was actively involved in promoting Chinese film in Britain and chaired for several years the jury of the China Image Film Festival in London as well as being on the international jury of the Beijing Film Festival. Coming from a family of engineers, Ivor combined his professional interests with a life-long passion for dismantling, constructing and riding vintage motorbikes.

Ivor joined the Directors Guild of Great Britain soon after its formation in 1984 as the only organisation representing directors in all media. An enthusiastic promoter of directors’ rights, Ivor was soon elected to the Guild’s Council and eventually became one of its Vice-Chairs. In this role, he was at the heart of the various struggles and mutations the organisation underwent through the 1980s and 1990s and took an active part in planning and delivering the ‘rights strike’ which led to TV directors getting a much-improved deal from the broadcasters. When screen directors decided to form Directors UK, Ivor’s steadfastness enabled the DGGB to continue as an organisation serving mainly theatre directors, who would otherwise have been left homeless. Through Ivor’s vision (and occasionally his financial support), the DGGB was restructured as the executive arm of a charity, the Directors Guild Trust. Under Ivor’s chairmanship, between 2005 and 2015 the DGGB offered its members a sustained programme of craft-related workshops and social events as well as organising the Peter Brook Lectures, which involved well-known directors such as Brook himself, Phyllida Lloyd or Mike Leigh and were open to the general public. In 2015, the Directors Guild Trust joined forces with Directors UK and the recently established Stage Directors UK to form a new charity, the Directors Charitable Foundation. Ivor was instrumental in the creation of the new charity and became one of its most valued Trustees, working tirelessly for it until his illness prevented him from doing any more.

Ivor will be remembered by all who knew him for his boundless energy, his gentle wit and above all for the warmth and generosity of his friendship. His was a truly gracious spirit: instinctively and effortlessly he saw nothing but the best in everyone and everything.

Ivor Benjamin died on 4 July 2019, not long after his sixty-third birthday. He is survived by his wife Amanda, his daughter Jilly and son Joe. He will be sorely missed.

What’s it really like being on the Directors UK Board?