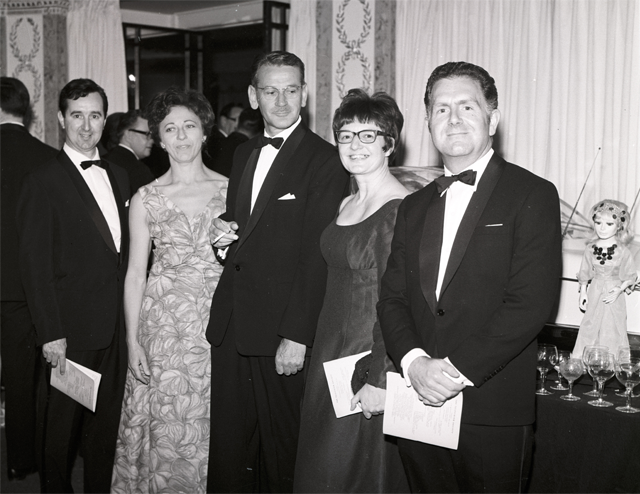 We were sad to learn of the recent death of director Desmond Saunders, most famous for his work on various Gerry Anderson ‘Supermarionation’ series, including Thunderbirds and Captain Scarlet.

Desmond, who often worked under Des, was born in August 1926. One of his first jobs in the film industry was as an uncredited assembly cutter on Laurence Olivier’s 1956 film adaptation of Richard III. Further editing work followed on titles including Family Doctor (1958), A Taste of Money (1961) and So Evil, So Young (1961).

Desmond first began his long association with Gerry Anderson when he directed ten episodes across the two series of Supercar, an early example of Anderson’s patented ‘Supermarionation’ style, shown in 1961 and 1962. This led to directing stints on other iconic Gerry and Sylvia Anderson-produced series, such as Stingray (nine episodes, 1964-5), Thunderbirds (11 episodes, 1965-6), Captain Scarlet and the Mysterons (opening episode, 1967) and Joe 90 (opening episode, 1968). Desmond also worked as a production controller for Joe 90 and then as a production supervisor on the 1969 series The Secret Service.

His working relationship with Anderson continued as they made the move into live-action series, with Desmond working as post-production executive on UFO (1970-3) and associate producer on The Protectors (1973-4). And when Anderson returned to puppetry in the 1980s with the sci-fi series Terrahawks, Desmond also returned to direct, working on three episodes of the series from 1983 to 1986.

Also in 1986, Desmond directed the documentary Inside the Labyrinth, a behind-the-scenes look at the making of Jim Henson’s similarly puppet-orientated Labyrinth.