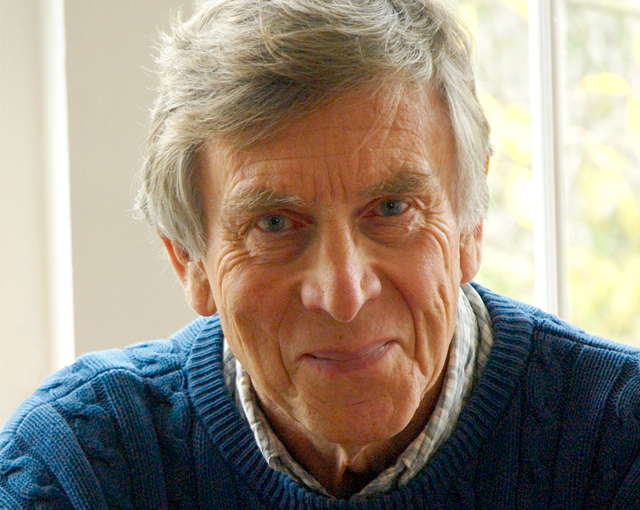 Directors UK is extremely saddened to report the death of Piers Haggard OBE, one of the towering figures of the UK directing community.

Piers was not just a celebrated film, TV and stage director, but also spent over 50 years as a tireless champion of directors’ rights. Piers was instrumental in setting up the DGGB (Directors Guild of Great Britain) and DPRS (Directors and Producers Rights Society), both precursors to today’s Directors UK, an organisation which he remained deeply involved with right up until his death. He performed a similar service for theatre directors, working to found Stage Directors UK in 2014. And in 2015, Piers helped to form the Directors Charitable Foundation, a charity to support directors of all kinds, whether they work in theatre, film or television.

Piers was a highly respected filmmaker with a prolific and distinguished career. He started off as an assistant director at the Royal Court in 1960, before making the move to television in 1965, directing episodes of Thirty Minute Theatre for the BBC. He directed many productions for the BBC throughout the 1970s, including programmes such as The Rivals of Sherlock Holmes (1971) and Love for Lydia (1977).

In 1978 Piers directed one of his most acclaimed pieces of work, Pennies from Heaven. Written by Dennis Potter and starring Bob Hoskins and Cheryl Campbell, the series won a BAFTA for Most Original Programme in 1979. It is still regarded as a landmark in British television history and appeared in the BFI’s list of the 100 Greatest British Television Programmes of the 20th century.

Piers also enjoyed a prestigious career in film, directing his first feature, Wedding Night, in 1970, starring Dennis Waterman and Tessa Wyatt. This was followed by the cult classic The Blood on Satan’s Claw in 1971. This hugely influential film is cited alongside Witchfinder General (1968) and The Wicker Man (1973) as one of the three founding texts of the folk horror subgenre.

Throughout his career, Piers worked with some of the biggest stars in the industry, including Oliver Reed and Klaus Kinski in Venom (1982), Helen Mirren in Mrs. Reinhardt (1981), and Peter Sellers in the actor’s last film, The Fiendish Plot of Dr. Fu Manchu (1980). He also worked with many of the medium’s most celebrated writers, including the aforementioned Dennis Potter (Pennies from Heaven and Visitors, 1987), Nigel Kneale (Quatermass, 1979), Jack Rosenthal (Eskimo Day, 1996, and Cold Enough for Snow, 1997), Alan Bennett (Marks and Rolling Home, both 1982) and Tom Stoppard (Neutral Ground, 1968). 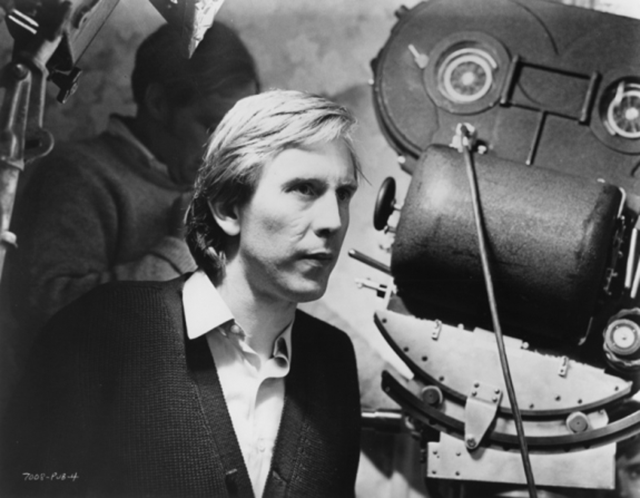 A champion of directors and their rights

But Piers’ career as a director is just one part of his story. Overlapping with this tremendously successful directing career, Piers was a leader in the fight to secure rights and recognition for directors.

Piers began this mission back in 1973, when he was one of a small group of directors involved in the formation of the ADP (Association of Directors and Producers), an organisation which campaigned for the creative and economic rights of TV directors.

In 1982, Piers established and served as the first chairman of the DGGB (Directors Guild of Great Britain), this time representing directors in all mediums and incorporating the activities of the ADP. And a few years after that he helped form and then chair another organisation: DPRS (the Directors and Producers Rights Society), for the purpose of collecting payments for directors, as guaranteed for the first time under then-recent European legislation — which recognised that directors had copyright in their work.

Throughout the 90s, Piers was a major force in the campaign to secure the recognition of directors’ copyright in European law, expanding the network of countries collecting money on behalf of directors in the UK and the rest of Europe. Piers always recognised that the fight for directors’ rights was an international effort, and without Piers’ determination this money may never have reached directors in the UK.

But the aim had always been to secure similar residuals for repeat transmissions here in the UK, and it was after many years of hard work that Piers and DPRS managed this with the UK Rights Deal.

It was Piers’ stature that was key to securing the necessary collaboration between the three separate organisations representing directors: DPRS, the DGGB and BECTU. And Piers toured the country hosting meetings with fellow directors, persuading them to assign their rights to DPRS so that a collective negotiation could take place. After months of discreet meetings, phone calls and personal appeals, Piers had managed to persuade the majority of drama directors to sign up. Armed with this new bargaining power — and the principle that directors are legally authors with copyright in their work — DPRS went to the UK broadcasters to inform them that they would now have to pay for the repeat use of directors’ works, for which they had previously been uncompensated. Without payment, broadcasters would be unable to repeat those programmes. After a five-week stand-off, the broadcasters and producers agreed to talks and the 2001 UK agreement was reached, coming into force on 1 July 2001. The 2000/2001 UK Rights Campaign remains a landmark in the fight for directors’ status in the industry and has ensured the right to residual payments for UK directors ever since. Since 2001 the value of the UK Rights Agreement, and the payments Directors UK pays out to directors, has grown from £500,000 to over £12 million a year.

DPRS evolved over the years from a collections agency to a fully-fledged professional association for UK directors, and this change was cemented by our relaunch as Directors UK in 2008. Piers was once again instrumental in this evolution, part of a group of eminent TV and film directors who all agreed that directors would be better represented by a single organisation. Directors in the UK now had the opportunity to unite behind one professional organisation to further both their creative and economic interests and to provide an interactive community of working TV and film directors.

Piers would go on to serve several terms on the Directors UK Board, finally stepping down in 2017, and then only because he had served the maximum number of terms allowed. His experience and expertise made him an invaluable member of the Board and he remained someone we approached for advice and support right up until his death.

Alongside his work with Directors UK, Piers also served as the vice president and chairman of FERA (the Federation of European Film Directors) from 2009 to 2013. Piers had been involved with FERA since the early 80s and had lobbied the European Parliament many times over the years on behalf of film and television directors. In 2011 he wrote a series of contract guidelines that could form the basis for all director contracts across Europe. And in 2013 he hosted the first ever FERA General Assembly to be held in the UK, which was attended by over 60 directors representing 28 countries.

Piers’ quest to protect and promote the rights of directors was tireless, and in recent years he opened yet another front in the fight for directors’ rights, by organising and launching Stage Directors UK in 2014. He also helped to form the Directors Charitable Foundation in 2015, which offers emergency assistance to directors in need, and educates and inspires young people of all backgrounds about the art of directing.

In recognition for all this incredible work, Piers was awarded an OBE in the 2016 New Year Honours for services to film, television, and theatre.

One unsung but invaluable service that Piers has provided us with over the last few years, is that he was always the first person we turned to when one of his contemporaries had sadly passed away. Having been so well connected and a part of this industry for so long, Piers was uniquely placed to give a comment or point us in the direction of someone who could. And so it’s a sad fact that now the time has come for Piers to follow them, that role in this instance has turned to his peers — and you can read tributes from his friends and colleagues here.

However, back in 2017, we were able to get the late Sir Alan Parker to deliver a eulogy of sorts when he joined us for a special celebration of Piers and his work. Sir Alan began his speech by saying that, “No other director has done more for his fellow directors over the last 40 years than this man here”.

And really, there’s no better way to describe Piers and the great work he did for every director in this country and beyond. Piers Haggard was the very embodiment of Directors UK and what this organisation hopes to achieve. We will miss him greatly.

Piers was dedicated to his large family. He was married to the artist Anna Sklovsky, who survives him. He has two children with Anna – William and Daisy, and four with his first wife Christiane Stokes – Sarah, Claire, Rachel and Philip. He has thirteen grandchildren – Charlie, Beatrice, Edward, Juneyna, Joseph, Imogen, Safieh, Unity, Victor, Oskar, Alek, Elsie and Wendy.