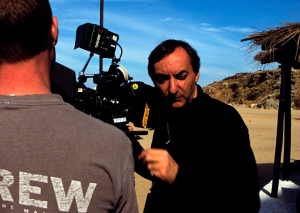 BAFTA-winning director Peter Kosminsky has been appointed to the Board of the BFI Governors with immediate effect.

Kosminsky, whose credits include Britz, Warriors and The Promise, was voted on to the Board by members of the BFI. Kosminsky is a Fellow of the Royal Television Society and a recipient of the BAFTA Alan Clarke Award for Outstanding Creative Contribution to TV, and was on the Board of Directors UK from its inception until 2010.

"I'm absolutely thrilled and delighted to be joining the BFI Board at such an exciting and challenging time, especially as a result of a membership election. I will do my best to contribute a practising filmmaker's eye as the Board gets to grips with the policy and production remits with which it is now charged."

Directors UK would like to congratulate Peter on his appointment, and wish him all the best in his new position. For more on this story, please visit the BFI website.