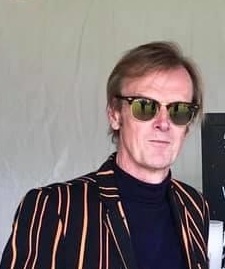 Filmmakers often hold a mirror up to their world and reflect on moments in time and of memory.

Film itself is a collection of moments speeding past our eyes so fast that they create time, or the illusion of it anyway: that’s the magic of cinema.

Liverpool is a busy, vibrant place, it is constantly moving and has a long history of embracing popular culture. I know this because I live and work there. My days are moments framed by filmmaking, architecture, art, politics, and music. These activities are the fabric of my days - but then in March it stopped as if someone had pressed pause on a projector. The first lockdown had arrived.

This period presented something unique. Liverpool now looked like an abandoned film set, absent of people and the noise they produce. It was now a ghost town and a place where I wandered with my camera, photographing a city now paused in time. Covid had stopped the world from moving for a moment and on its way had turned the volume control down. The pandemic was a cultural power cut in my living cinema. But then I looked more closely, it wasn’t a ghost town. The hopeful aspect of the film is that the city looked like a set for a play that was about to start.

How does a filmmaker respond to this, where do you point the mirror? 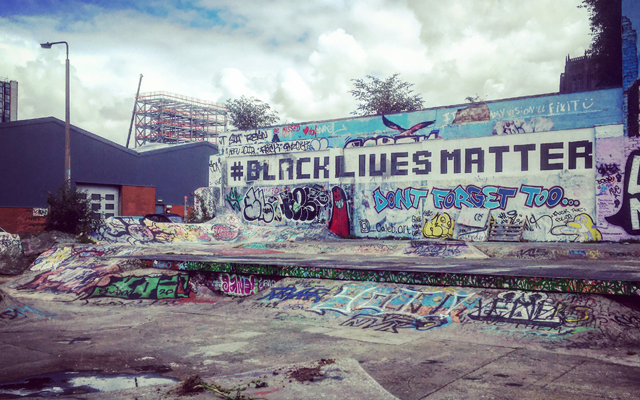 What if the cultural power cut became the inspiration for Covid promulgation, a sort of pandemic, Dogme manifesto? A visual attempt at what Buzzcocks achieved with their debut single, Spiral Scratch. Lo-Fi but Hi-concept. I wanted to capture this moment in time and make a short film that we can look back at, a short film where anonymous voices reflect on what they took for granted and now miss greatly. The monotony and blandness of undifferentiated days that seemed like “less than time”, is re-imagined as a period of transcendent “more than time” in this arthouse micro doc.

The film was shot entirely on my iPhone, all the dialogue captured via voicemail, and all post-production was directed online. I never met anyone when walking through a deserted Liverpool and I hardly met a soul when making the film. My isolation had become my inspiration. 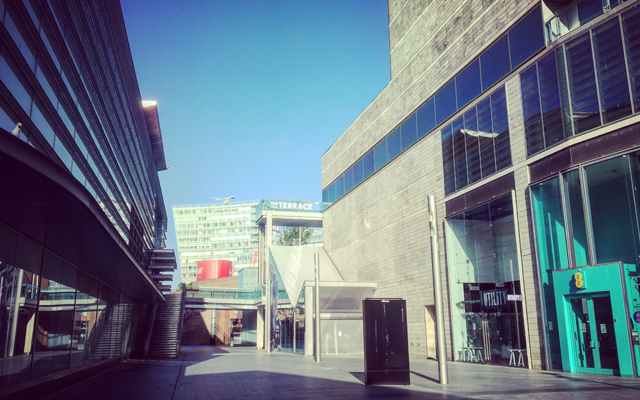 In the film, anonymous messages are left on a Liverpool answer machine, messages about loss and memory. I combined still photographs of a desolate Liverpool with a soundtrack by composer Steve Grimes (a fellow band member from The Farm). The storytelling grows into a symphony of image and sound from the streets of a deserted city and climaxes with bells of the Liverpool Metropolitan Cathedral, tolling an end to the film like a tocsin full stop.

The film’s sound design was created by Sam Auguste, who has collaborated with me on many films (A Winter’s Tale for the British Council; A Day in The Life, a celebration of Sgt. Pepper’s Lonely Hearts Club Band for Culture Liverpool; and the feature film Sometimes Always Never starring Bill Nighy). Auguste’s sonic collage converts the imagined into a sensory journey. The film’s sound design features ghostly reminders of what sounds used to be there, a sonic impression of a time gone, an echo of the past.

The past is a place we visit when we feel lost, the film attempts to reconnect us with the familiar by reminding us of this. It is not a film about boredom but a love letter to a place and a time that was on pause. It is a poetic response, imagined through film and defrosted with love.

More Than Time was produced and made with support from the Institute for Creative Enterprise at Edge Hill University.

Carl Hunter is a drama and documentary director, his recent feature film, Sometimes Always Never starring Bill Nighy, was a critics favourite and opened at The BFI London Film festival before being released in the UK, USA and Australia. He teaches film at Edge Hill University.

I have directed award winning Short films, directed 30 broadcast documentaries,  and produced and co–wrote the BBC/Warp/Pathe feature film Grow your Own staring Oscar winning actress Olivia Coleman.
I recently Directed the Bill Nighy feature film, Sometimes Always Never that premiered at the BFI London Film Festival and has received critical acclaim and releases in the UK Australia, and the USA picking up rave reviews in the LA Times, Variety, Washington Post and the New Yorker.