Making Innocence: Ben Reid on directing his crime thriller and redefining the representation of disability on screen

In the role of Dylan, played by Tommy Jessop, Innocence also provides an alternative to the “saccharine, safe” depiction of disability that audiences are too often presented with.

Below, Ben recounts his motivations for making the film, his experiences in gaining funding, and the reactions the film has received. You can watch Innocence in full above.

My brother is a film obsessive.

If you give him half a chance he’ll convince you Michael Keaton is the best Batman and explain why Psycho surpasses Vertigo as Hitchcock’s finest film. He also has Down syndrome.

Now, if your perception of people with Down syndrome has been moulded by the media, you’ll expect my brother to be sweet natured and cuddly. He finds that stereotype infantilising and offensive, especially when, given the employment opportunities afforded him, he has more reason than most to be seriously pissed. 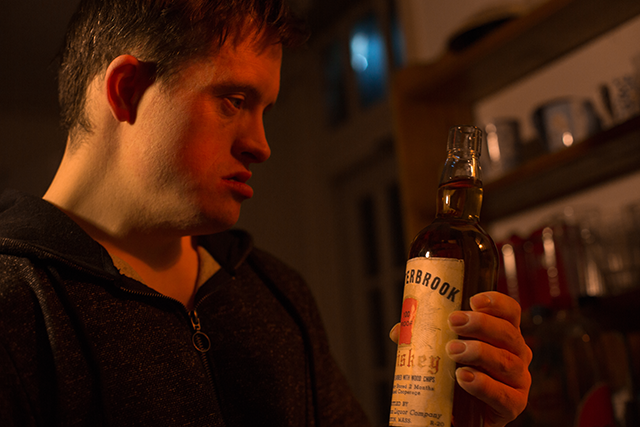 The other thing that really gets under my brother’s skin is the lack of faces like his he sees on screen. He’s watched thousands of films – from Carry On to Kubrick – but can count on the fingers of one hand the number of times he’s seen a character with Down syndrome, and never one he related to. 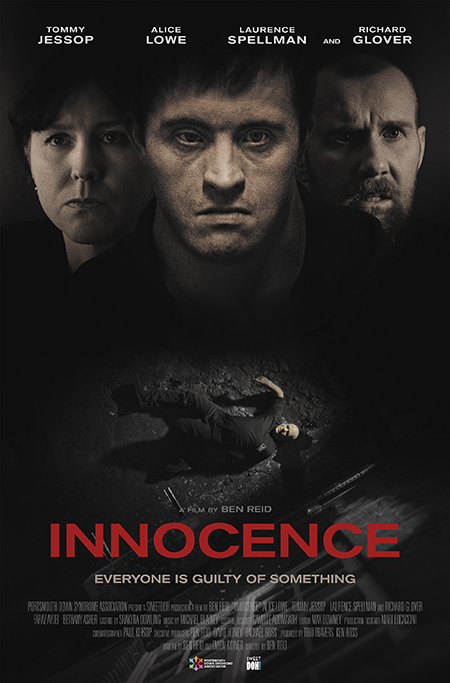 Dealing with the subjects of abuse, prejudice and discrimination, it may not shock you to know that funding was hard to secure. My track record as a writer and director of BAFTA, RTS and Grierson nominated and award-winning films got doors open, but the idea of a violent, foul mouthed, anti-hero with Down syndrome was not the saccharine, safe depiction of disability broadcasters wanted to be associated with. While producers doubted an actor with Down syndrome could pull off a leading role in a dark, edgy thriller.

Then I showed the script to producer Tibo Travers. I expected the standard polite refusal. He said ‘Count me in.’ Not because of high minded ideals about challenging the depiction of disability on screen, or that he was blown away by the originality of casting an actor with Down syndrome in a challenging lead role. He simply thought it had the making of a great thriller which he himself would want to watch. For the first time, after two years of hawking my script to all and sundry, someone had finally focused on the merits of the story and not the subject of disability.

I was next introduced to Ken Ross. Ken has skin in the game. His son has Down syndrome and, as a trustee for the Portsmouth Down Syndrome Association, he is working with BAFTA, NHS, dozens of schools and parliament to make positive change happen. Ken loved the script, seeing it as a great way to get across the values he holds dear – that people with disabilities need to be treated exactly the same as anyone else, and with respect. He came on board as a second producer and we were off and running.

The central character of Dylan demanded an actor who could be sensitive and warm, but also defiant and strong. In Tommy Jessop I found an actor who encapsulated all of those qualities. He played Dylan with nuanced steeliness and intelligence, more than holding his own against such heavyweight talents as Alice Lowe (Sightseers) Laurence Spellman (Ready Player One) and Richard Glover (Into The Woods).

As you can watch Innocence right now at the top of this article, it would be remiss of me mention that some of you may find the film’s depiction of disability disturbing. 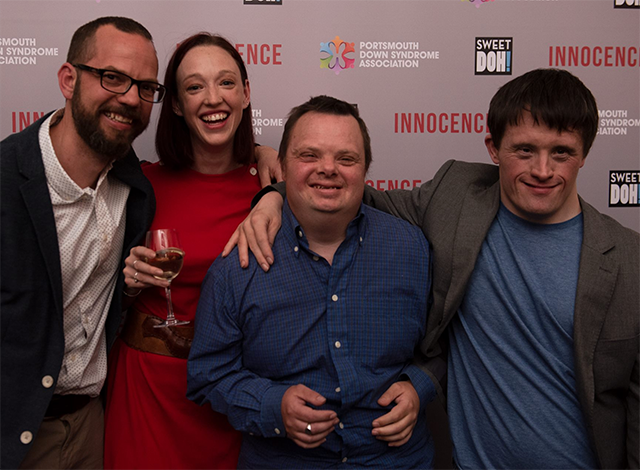 At the conclusion of our BAFTA premiere, one viewer angrily declared ‘this is sick’, before another viewer, a dancer who has Down syndrome, excitedly told me ‘Dylan’s the best character I’ve ever seen’. To date Innocence has been BAFTA longlisted, won eight international film awards, including Best Film and Best Actor, and qualified for this year’s Oscars; but to me it’s those opposing reactions that truly speak to why Innocence needed to be made. When you watch the film, I hope you feel the same.

And what did my brother think? Well he loved it, and he was chuffed to finally see a strong character with Down syndrome on the big screen. But he’s a smart man and knows that when cinemas re-open, he’ll be returning to a world where people with disabilities are mostly ignored or neutered.

With this in mind, my journey has only just begun. I’ve written the feature adaptation of Innocence and looking for funding. Any members of the film industry who want to help bring the film to life, and progress the representation of disability on screen, can get in contact via twitter @Ben_A_Reid or LinkedIn.

The time for inclusion is now.