Line-up for The Directors' Festival announced

We are very excited to announce the line-up for our first ever Directors' Festival which will take place at Altitude 360 in London on Saturday 21st June.

Tom Hooper will be appearing in conversation with his DOP Danny Cohen. They recently worked together on smash hits The King's Speech and Les Misérables and will be talking to us about the director-cinematographer relationship. This session is sponsored by ARRI.

Mike Newell, the acclaimed director of films as diverse as Four Weddings and a Funeral, Donnie Brasco, Harry Potter and the Goblet of Fire, Great Expectations and the forthcoming Reykjavik, will be joining us to share his experiences, tips and advice from his directing career.

In association with Pinewood, we'll be screening the much talked-about Belle, followed by a Q&A with director Amma Asante (A Way of Life). You'll be hearing a lot about this film and we're very excited to be bringing it to our members.

Jed Mercurio (Line of Duty, Cardiac Arrest, Bodies) will be joining us for a discussion with Paul Unwin (Breathless, Casualty, Messiah) and Robin Sheppard (At Home with the Braithwaites, Kingdom, Cherished) on the subject of showrunning and showrunners.

We'll be hearing from Nick Holt (The Murder Trial, Between Life and Death) and Ben Anthony (Life and Death Row, 7/7: One Day in London), who between them have won several documentary BAFTAs over the last few years. This session on authored documentaries will be moderated by Toral Dixit (The Year Britain Flooded, Motorway Madness).

We'll also be hosting a major discussion on the issue of directors' pay, outlining our research, campaign proposals and gathering your thoughts and opinions.

The Festival is free to all Directors UK members, full details can be found here. 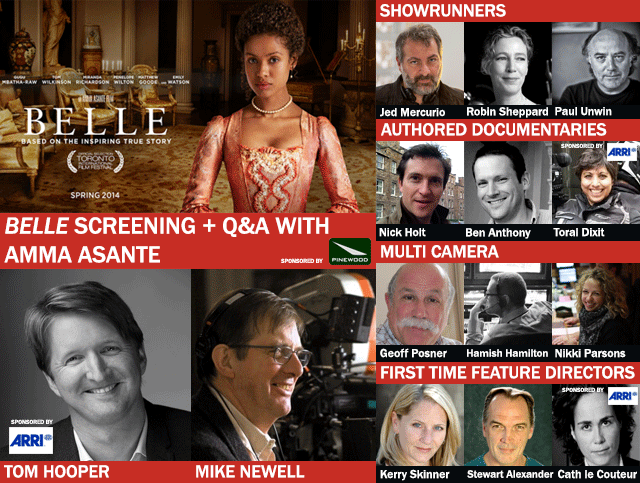