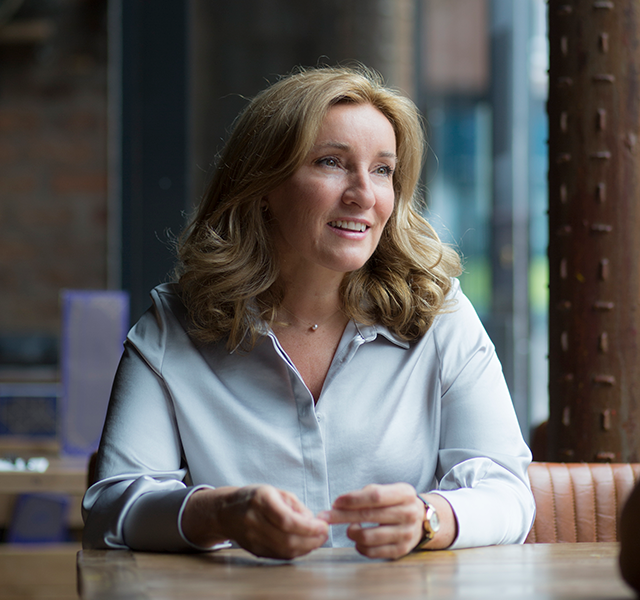 We would like to bid farewell to Karen Kelly, and express our profound appreciation for the great work she has done as a Vice-Chair and Scotland Representative as she takes up an exciting new role at Channel 4.

Karen is stepping down from her position on the Directors UK Board to become an Executive Producer for the Nations and Regions at Channel Four.

Karen Kelly is a director of both factual and fictional television. Karen worked for ten years at the BBC directing in a variety of genres, and received the Royal Television Society Award for The Guinea Pig Club (BBC Four). Karen also worked for Impossible Pictures and created the series Prehistoric Park for ITV/Animal Planet. Her drama credits also include Eastenders, Hollyoaks and Half Life among many others.

Karen has been a member of the Directors UK Board since 2016 and is a member of both the TV Fiction and TV Factual committees. She was appointed to Vice-Chair earlier this year.

All of us at Directors UK wish Karen the very best as she takes this next step in her career.

We will be asking members to put themselves forward to stand as Scotland Representative in the near future.

Karen has written the following parting message to members:

“Every time a cheque would come through the door from Directors UK it would brighten up my day. I gave Directors UK no more thought than that, until the day I attended my first board meeting.

There sat twelve directors, names I had heard of, names I had not, alongside the Management Team, the Finance Director, the Chair and Andrew Chowns, the CEO. An impressive looking bunch. The quick-fire conversation showed a depth of knowledge and commitment in every word that was said. The passion with which each member argued their case left me wondering what I could possibly contribute. But, despite being the new girl, my thoughts were welcomed and considered and I was made to feel a valued part of the proceedings.

Four and a half hours later I emerged with my head spinning. Budgets, CMO, DLS, pay negotiations, FERA, Directors Charitable Foundation, gender and diversity issues, training options, distribution criteria, campaigns and politics. It blew me away. I had just had my first taste of what Directors UK was really all about, above and beyond just sending out cheques in the post to its members.

I feel honoured to have had the chance to become part of that proposition, having been elected as the representative for Scotland in 2016. Having moved back home after twenty years in London, I felt first-hand the differences in opportunity and it drove me to want to find ways to improve the inequity.

I feel privileged to have been on the Board alongside fellow directors that I admire and a management team I greatly respect. I have learned so much about the complexity of the industry we operate in. I have also learned a lot about the positive outcomes that extending your concerns beyond yourself can bring, and about how satisfying it is to contribute to something bigger than yourself.

So it is with great sadness that I am now resigning from the Board. I am doing so because I have decided, that for the foreseeable future at least, I am going to build on the work I began at Directors UK by taking a job as an Exec at Channel Four on their Nations and Regions team. I believe this new role will allow me to go one step further in helping to create more access and opportunity for those based outside London. I am still a director and always will be - but I’m hoping there’s room to do both.

So I want to take this opportunity to thank Andrew Chowns for the support and commitment he showed to all my endeavours; the management team for being so positive, rigorous and energetic; both Beryl Richards and Steve Smith for being such exemplary role models and my fellow board members for their commitment to me - and to you - through their work on the board.  It has been such a pleasure.

So the next time the cheque from Directors UK comes through the post, hold on to it a moment longer before opening, because that cheque  represents so much industry and endeavour, by a team fighting on your behalf, helping and hoping to improve your life as a director.

Better still, why not be part of that conversation. Contribute your point of view and support your fellow directors in their endeavours by becoming a member of one of the many committees that cover issues that affect you, take advantage of the training opportunities Directors UK offer or attend the networking events. Maybe even join the board yourself!”

Directors UK Chair Steve Smith paid tribute to Karen’s time on the Board:

“Vice-Chair Karen Kelly, who is also our elected Board representative for Scotland, is stepping down from the Directors UK Board after being appointed Executive Producer for the Nations and Regions at Channel Four, based in Glasgow.

It’s been an enormous pleasure and privilege working with Karen since she joined the Board back in 2016. She will be greatly missed, having been an outstanding Board member as both Scotland representative and most recently one of the Vice-Chairs. I have seen at first-hand how tirelessly she has worked to support our members living and working in Scotland, bringing enormous energy, enthusiasm and commitment to her role — she will be a really tough act for someone to follow.

In particular I’d like to thank Karen for her support in producing evidence for our recent submission to the OFCOM review into nations and regions production. Her detailed report highlighted many of the problems members experience whilst trying to establish careers outside London, and in particular some of the problems unique to members living and working in Scotland. I hope this evidence will encourage OFCOM to tighten the rules over nations and regions productions, in a way which supports directors across the UK.

Over the past two years Karen has set a really solid foundation for whoever takes over as our new representative for Scotland. She has organised numerous events for members in the nation and has lobbied hard on behalf of directors at all levels.

I always think it’s so important that we should all celebrate when one of our directing colleagues moves into a senior executive position at a broadcaster. I firmly believe that once a director, always a director, and I know Karen will be able to offer some extremely valuable insights to Channel Four that can only come from a director’s perspective. Her new position also offers a really exciting opportunity to help put into practice some of the things we have all been campaigning for in recent years to ensure our members benefit from the new opportunities in the nations and regions. I know Karen will continue to champion both Directors UK and the role and status of the director as well as actively supporting our events team in Scotland and a number of our committees.

I want to personally thank Karen for the support she has always given to me and the management team — I’m only sorry her time as a Vice-Chair has been so short.

On behalf of the entire Board, management team, staff and members, I want to wish Karen all the best as she starts an exciting new job.”