Acclaimed film and television director Jim Goddard died last month at the age of 77. Best known for the BAFTA winning international series Kennedy, Goddard was responsible for some 200 works in a career that spanned over four decades.

Born in Battersea in 1936, Goddard began his career as a set designer at the Royal Opera House, before he chose to transfer his skills to television, plying his trade on such hit shows as The Avengers. His first job as a director came in 1965 on the arts show Tempo, creating profiles for such cultural luminaries as Orson Welles and Harold Pinter.

Goddard’s first foray into drama came with Sat’day While Sunday, which starred Timothy Dalton and Malcolm McDowell, and was followed by a stint on popular series Callan and Public Eye amongst others. However it was working for the blossoming Euston Films, established by fellow filmmakers Mike Hodges and Trevor Preston, that saw his career really take flight. Under their employment, Goddard would create the hard-hitting crime classic Out (1978), followed by another gangland hit, Fox, in 1980. Proving that his talents extended beyond the crime genre, Goddard would next add his directing flair to the acclaimed period drama Reilly: Ace of Spies, which dramatised the life of one of Britain’s greatest spies at the beginning of the 20th Century.

Away from Euston Films, Goddard directed Alan Bleasdale’s script for The Black Stuff in 1980, the success of which led to the celebrated series Boys from the Blackstuff two years later. Kennedy, a biography of the presidency of JFK, saw Goddard at the peak of his powers, earning the director a BAFTA and three Golden Globe nominations in 1984.

A move into feature film followed, but it was not to be successful one: Shanghai Surprise, starring then-husband and wife duo Sean Penn and Madonna, was mauled by critics and nominated for six Golden Raspberry awards. He returned to British television, putting his talents to use for the likes of EastEnders, Casualty and Inspector Morse, but, as The Independent put it, “ by the turn of the century the tides had truly turned in a television world that quite simply didn't deserve him anymore”.

He is survived by a son, George, by his former partner the theatrical and film agent Maddie Burdett-Coutts; and his brother, Richard. 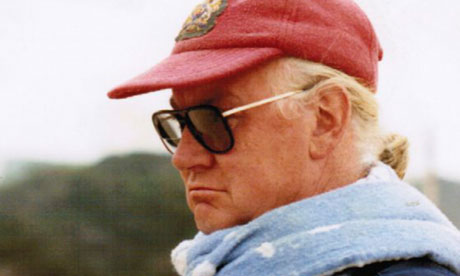 The Directors’ Festival 2017 — Announcing Our Schedule