Your future, your history, and the stories you tell: Jason Young on directing the period drama

Period dramas are a staple of UK film and television, offering opportunities for talent to reach a wide audience and tell important stories. But too often these dramas have ignored Black history, and overlooked Black filmmakers.

As we enter Black History Month, director Jason Young reflects on the stories from British history that have not yet been told in feature films, and why he is motivated to tell them.

Before Amma Asante’s 2013 period drama feature film, Belle, which placed a woman of colour in British history as the leading character, I was also able to bring to the screen a woman of colour in British history in the short period drama, Dido Belle. Meanwhile, my 2012 short period drama titled Joanna Vassa was an attempt to bring to life the daughter of the 18th century writer and abolitionist, Olaudah Equiano, for a whole new generation of audiences. It was also an attempt to advance the representation of women of colour in British period dramas. A novel, a radio play, various stage plays and documentaries had been made about Olaudah Equiano — but there had not yet been a feature film with Equiano front and centre as the leading character.

I wrote a feature film script on Equiano for the 2007 Bicentenary of the Abolition of the Slave Trade Act which was rejected by all the broadcasters and production companies that it was submitted to. Instead, there were two films about the slave trade in 2007 which shared the same title: Amazing Grace and The Amazing Grace. My response was to direct a short animation on Equiano titled The Interesting Narrative of Olaudah Equiano. This was a fictionalised account of the marriage between Equiano and his white wife, Susannah Cullen. She is only mentioned in one sentence in his book, The Interesting Narrative of the Life of Olaudah Equiano, or Gustavus Vassa, the African. Written by himself, so I had to imagine what their relationship would have been like for the four years that they were married (1792-96). It meant recreating some incidents during this period in his life and applying dramatic licence to invent the narrative. The blending of fact and fiction created an artistic interpretation of Equiano as a character that I am proud of, and would still like to see in a live action feature film. 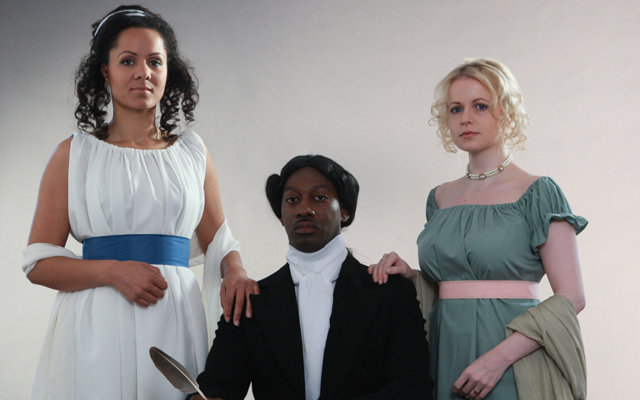 From a historical perspective, Black British period dramas are informative and can work to educate the nation on the black presence in British history. Having a leading black character in a British period drama symbolises that we were there and that we are part of British history. The stories of black characters in British period dramas highlights the diversity of our history and is a way of including black talent in no-go areas of the film industry. I have tried to do that in all of my period projects. In 2010, I offered Zachary Momoh his first role in The Prize Fighter before he went on to conquer Hollywood in the feature film, Harriet. In the 2013 feature length animation, The Samuel Coleridge-Taylor Story  I offered Matilda Ibini her first acting role before she went on to become a writer on television. And the actor who played the lead role in my Equiano project, Chris Rochester also collaborated on four additional projects including The 25th Dynasty where he played the role of King Piye of Kush. Not only did this project provide work for black actors, it was also an opportunity to teach white actors about ancient African history.

On a creative level, I like to discuss characters with actors to see what their take is on them. It’s an opportunity to understand human nature as well as to teach the historical context in which the character is in. This is where I am able to teach black history to actors on a one-to-one level and share my creativity with them so that we can both build a scene and create fulfilling characters. Short projects like The Axe Laid to the Root provided an opportunity for the actors to do their homework on Robert Wedderburn – a Jamaican based in Jane Austen’s England – and be inspired to participate in telling diverse stories of British history. If you are able to inspire your actors by teaching them about the black presence in British history then you are able to tell inspirational stories. 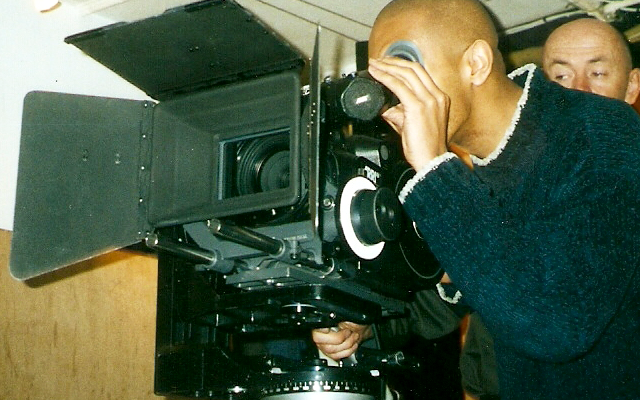 Jason Young behind the camera.

My most recent animation project, Cato Street to Newgate is the story of a Jamaican by the name of William Davidson who settles in 19th century London and becomes involved in what was known as the Cato Street Conspiracy. Like Samuel Barber he was involved with the Methodist Church which highlights how black history intersects with Christianity. To date it is the only artistic representation of William Davidson as a character who is front and centre leading up to his trial and execution. The message that I wanted to give the audience in both films is that the history of England has ethnic diversity and intersects with the church. Both ethnicity and Christianity should be included in period drama representations of our diverse history.

Nicolas Roeg: director, cinematographer, one of a kind