We asked our members to send in their favourite screen moments directed by women, in celebration of International Women’s Day 2020 — and now you can read about them all in one place.

The Piano by Jane Campion

You could pick any scene in this beautiful masterpiece, but for me it’s when Flora delivers the love note written on the piano key to Ada’s husband instead of her mum’s lover — which leads to Ada’s finger being chopped off. This has everything. Love, betrayal, beauty. Watching this as a teenager inspired me to direct. Madly researching how Campion became a director, I realised it was possible for me too.

There are so many perfect scenes in Penny Marshall’s classic 1988 film Big but it’s the iconic piano scene with Josh (Tom Hanks) and MacMillan (Robert Loggia) that best captures the iconic and truthful heart of the film in one wide shot. In one simple action of two characters (very different in age and status) connecting with each other by playing “Heart and Soul” together, Penny has expressed so much more to the audience than words could have ever said.

For Sama by Waad Al-Kateab and Edward Watts.

I would like to nominate Waad Al-Kateab for her incredibly courageous filming of For Sama. My chosen moment in that film is the birth of a baby that appears to be stillborn — Waad never deviates once from the moment as doctors try to bring the baby to life. The moment the baby, by now his skin a terrible blue grey pallor, lets out a small cough and a whimper, the whole audience gasped with relief. All filming in a war zone such as Aleppo deserves nothing but admiration and merit. Waad Al-Kateab demonstrates, in my view, an even greater courage to tell such a personal story during her own pregnancy and to her baby daughter. She not only filmed beyond the fear of the bombs and regime on her own life, but also beyond that for her own child. 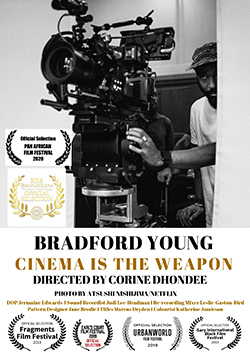 Bradford Young: Cinema is the Weapon by Corine Dhondee

In this mesmerising film cinematographer Bradford Young talks about his contribution, not as an individual, but as part of a global collective of black image makers whose lineage has deep, historical roots. The film illustrates his ideas using a carefully selected collection of mixed media. One montage weaves together archive from Mother of George (2013) directed by Andrew Dosunmu and the artwork, Afro Lunar Lovers II (2005) and Mono Amarillo (1999-2002) by Chris Ofili. The placement illustrates how Ofili’s art influenced the framing, textiles and colour palette of Mother of George. As the montage slowly unfolds Bradford Young looks straight at the camera and at you. He is telling you that cinematography is not simply about the lens, it is about your gaze, lineage, history, how you collaborate and respond to that responsibility. A pivotal film about an influential cinematographer and those who have inspired him.

The Rider by Chloe Zhao

One of my favourite films is The Rider, written and directed by Chloe Zhao. The scene at the end where injured rodeo rider Brady and his disabled friend Lane remember how it feels to ride a horse is so truthfully played and incredibly moving.

Ines and her father Winfried visit an associate who is having an Easter Egg painting party. Winfried invites Ines to sing Whitney Houston’s The Greatest Love along to his piano playing on a child’s electric keyboard. With all guests’ eyes on Ines, she has no choice but doesn’t really want to. Then she belts out a heartfelt rendition – the words expressing a simple emotion. I love this scene because her father is trying to remind her of who she really is. 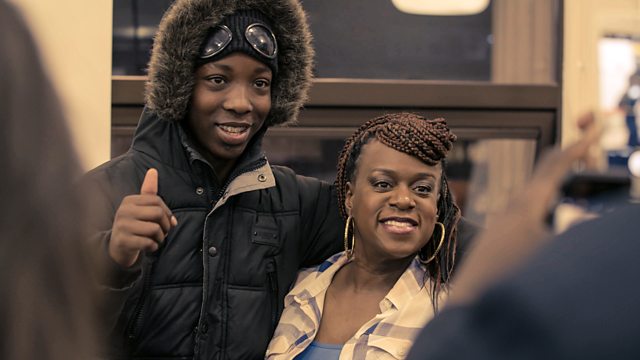 I’ve chosen the Woodrow House Scene (31:49 -34:13) where young people from two different estates come together for the first time and talk about their lives growing up in Waltham Forest.

I’m nominating this scene because it captures a real moment of honesty and emotion. It is proper fly on the wall shooting and you can tell that the young people being filmed have come to really trust the director to allow her access to capture them at such a point, where they cry openly and pour out their grief. It’s riveting and has me in tears every time I watch.

A self-aware comedy, literally taking the wholesome and naive Brady family out of the 1970s and into the cynical 1990s, with subversive layers of humour.

In one particularly funny moment, daughter Marcia, with an injured nose, doubts the popular school hunk will want to date her. He assures her “Of Course I do. It’s not your nose I’m after”. The Brady parents smile on approvingly. Both Brady movies were directed with extreme precision by women: Betty Thomas and Arlene Sanford.

My chosen moment is 37' 50'' into the documentary when 14-year-old Breck Bednar is lured to his death after being groomed online by Lewis Daynes. Seamlessly merging ‘animated’ drama with the real recording of killer Lewis Daynes’ 999 call to the police, this scene unfolds the shocking and tragic fate of groomed teenager Breck Bednar. The full impact of this sad tale of manipulation and deceit is such that it evokes the need in me (and others who have seen this gripping documentary) to ensure every parent and young adult watches Murder Games.

This is the seventh film adaptation of the iconic literary classic so I was initially sceptical about watching this — but Greta Gerwig retold this tale beautifully.

She deftly managed to cross timelines between the joyful, effervescent, chaos of the sisters’ childhood and the darker realism of adulthood. Any of the scenes where the March girls are playing, laughing, fighting, using over-lapping dialogue before a camera placed in the scene like a fifth sister, managed to both capture the intimate bond between the sisters alongside the essence of girlhood conviviality, wild energy, and spiritedness in a way that felt fresh and authentic. 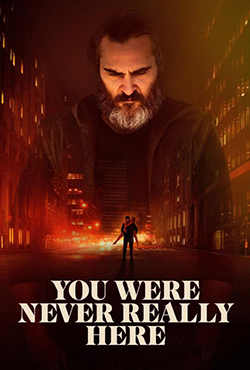 You Were Never Really Here by Lynne Ramsay

I’d like to celebrate Lynne Ramsay’s dark, poetic film You Were Never Really Here — a masterpiece and a huge inspiration.

The brooding atmosphere that she was able to build up by placing the viewer so close to the main character is intense and suffocating.

One memorable scene is the fight scene in the hotel, where we hear glass break, then fall on the bed behind which Joe and a police officer are fighting out of sight, the camera swipes skyward to reveal the struggle in the broken ceiling mirror, it is exquisite film making, Ramsay is a genius.

When They See Us by Ava DuVernay

Adolescent life with all its energy, hopes, family and peer relationships, is beautifully snapshotted in the opening scenes — providing a real juxtaposition against the lives of five teens which quickly unravel following a 1989 Central Park attack.

I’ve filmed Ava and had the privilege of hearing how she approaches her projects. For me the opening of When They See Us really reflects to the audience just what the teenage boys lost. This film is a credit to Ava’s passion and empathy for the story and of those involved. Watch it, it will break your heart.

Dreams of a Life by Carol Morley

Joyce Vincent’s decomposed body is found in a North London bedsit — it had remained there for three years. A TV tuned to BBC1 accompanies her rotting corpse until discovery by bailiffs in 2006.

The testimony from her friends, lovers, workmates that had drifted in and out of her life weave through the dramatised sequences, adding clues to unravel the story of how and why Vincent could have tread on this earth for 38 years, yet leave it alone.

It’s profound, frightening and a poignant tale of isolation. Watching this in a cinema, on a rainy Sunday morning — it was deeply affecting and impossible get out of my head.

Cut Out of the Picture: A study of gender inequality among directors within the UK film industry