The global pandemic has been tough for the film industry, but it has also created opportunities, just some of which were taken by writer/director and Directors UK member Nick Norman-Butler in order to get his first feature film made.

After more than fifteen years making documentaries, Nick felt he needed a new challenge. With ambitions to direct in scripted TV and film, Nick explains the steps he took to get his first feature off the ground, with the help of Government-sponsored Bounce Back loans and other schemes.

These schemes may not be suitable for everyone, but for Nick they provided the tools that he required to make his project a reality. Find out more below: 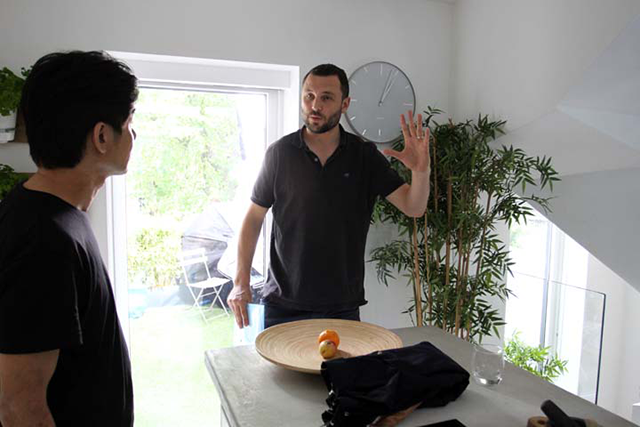 Nick Norman-Butler on set for his short film 'Tomoko'

1) Let’s assume you have an idea for a movie. Better yet, maybe you have already outlined it or even written a draft. In my case, I had an old script that many years ago I put through 17 drafts. It was the first script I ever wrote but even after all that work, the script still sucked, which says something about how hard screenwriting can be in those early days, and my lack of skill. I had abandoned it when a new idea came along and have since got a lot better as a writer, but I knew that I wanted to go back one day and do an 18th draft with quite a radical overhaul. I felt there was still a great idea in there! The question was, as a family man with two kids, living under lockdown, with minimal spare time: how could I?

2) An idea formed to pay someone to write it for me. I could tell them what to do, they might have some input, and if they were really good perhaps they could even do a better job than me! It was then that I discovered the ‘script doctoring’ service from Industrial Scripts. I had been using IS for a few years for script notes and coverage. I trusted them, but I had never dared go ‘all in’ until now. They explained that in the script doctoring service they essentially function like an ad agency, proposing to match me, the client, with a highly talented writer-cum-script consultant who would execute my vision. The price would be specific for my job – and varies according to each contract I’m told – but we agreed that for proper execution, my ‘doctor’ would need to work for 4 weeks, full time. The expenditure was a risk, but I looked at it as an investment and was confident that my script could be marketable.

3) It was then that the Government launched Bounce Back Loans. The scheme helps small and medium-sized businesses to borrow from £2,000 up to 25% of their turnover. The government guarantees 100% of the loan and there aren’t any fees or interest to pay for the first 12 months. Then after 12 months the interest rate is 2.5% a year. Even better, the Government has recently extended the length of the loan, allowing repayment over 10 years instead of 6. I thought this too good to miss and once I discovered I was eligible I applied, finding the money in my bank account a few days later.

4) By the end of that week I was in direct contact with my script doctor. One interesting thing I hadn’t expected is that under the IS system this person would not reveal their full name to me. On the one hand, It was fun to imagine it could be Aaron Sorkin, moonlighting between jobs but on the other, it was odd not knowing the identity of my new writing partner, in whom I had placed a lot of responsibility. Nonetheless, IS were adamant that their method has a long track record of results, so I ran with it. We made a plan together for the new draft.

5) Before explaining that plan, some context: I’ve directed a few good drama-docs but other than that I’m unproven as a director in the scripted world. I knew that if I was to hold on to my dream of directing this script, the concept had to be simple, so that if it got funding, the people financing it would not want to usurp me and hire another more experienced director — which as we all know, can happen.

6) So, the plan was to simplify my script to its core elements, using one location, a found-footage narrative device (the actors would film themselves on video cameras and iPhones) and a small cast. Those decisions brought the budget down to a micro-level, made it COVID-friendly and put it in my directing comfort zone. 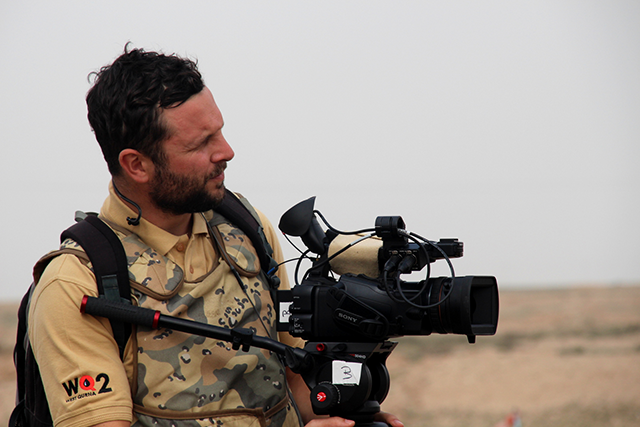 7) My script doctor got to work, and I have to say he or she worked with an astonishing level of passion, clear communication and drive, finishing the script on time after a very intense 4 weeks. I would say the creative process was at least 50/50, and I discovered that I enjoyed coming up with the ideas but not having to do the grunt work of writing them. In short, I knew from the first week that this had been money well spent. We gave the script a new title, My House (the film takes place in one home) and I prepared to take it to market.

8) A quick side note. As a limited company, by spending monies on such a service, it reduces my company profit and therefore also my corporate tax liability. In my case, I expect to save a large chunk on tax for the year because of this expenditure so the financial risk has already been mitigated somewhat.

9) Now to the next challenge. As an unrepresented writer/director, how would I get people to read my script? My solution here was: I put it on the Black List, a website where you pay for them to read your script, provide feedback and host it online. How it works is, if a reader rates it 8/10 or more (thus putting it in the top 5% of their scripts) it gains ‘Black List recommends’ status which means they will promote it and tweet it to their 142,000 mostly industry followers. I paid for five reads at $60 each. Another spend, but I had to allow for the fact that it was likely that My House would not float everyone’s boat and some readers would give it low marks. That did happen, but thankfully, I got two 8/10 scores and immediately things started happening. Within a few days, I had several well-known LA producers emailing me. They had read the script and wanted it for their own directors. I said no.

10) Another side note, this time on script competitions. I don’t see the point in them any more. If you win, yes, you might get lots of cash and prestige, but the odds of winning are astronomical and besides, in my opinion a good review on the Black List will open the same doors for you, enabling you to get read. Plus, the Black List readers will rate you in a few weeks, year-round, while most script competitions happen annually. Why wait that long?

11) On the Black List website, there is advice on how to write query letters to producers, once you receive good feedback. They encourage you to flout your 8/10 score and use quotes from your reader, who will have said all kinds of complementary things. I will admit that I did do a quick polish draft, based on their feedback (making that 19 drafts in total) before I sent it out.

12) I sent My House out to everyone I know in the Industry, all at the same time. There was no point hanging around, and I knew that I only needed one person to say yes. It was Finite Films who were the most positive, a company who I had worked with before. Unbelievably, they said they were willing to finance the whole film, which they budgeted between £100 – 200k. I agreed instantly, of course. We have a track record so the trust is there, and I know how they can help me. We start shooting in late-November, if the pandemic doesn’t get in the way.

Developing projects this way and investing as a company is a gamble — and while it worked out for me, it might not work for everyone. But I do think you have to take a risk sometimes to progress, and I’m confident I’ll be able to pay my loan back, even if I do it slowly, taking the money out of my documentary-making income. Plus, if I’m lucky the film will open up other, better paid job opportunities. The process has also taught me a lot about writing, and I’ve written a new script, a TV pilot which is a satire on UK politics that got an 8/10 on the Black List without any help from a doctor.

The application deadline for Bounce Back Loans has been extended to 31 January 2021 so there’s still time to follow these steps yourself. You can also view a full breakdown of the Industrial Scripts script doctoring process on their website.

Do the UK screen industries need to wake up to streaming?