We are delighted to announce that Yousaf Ali Khan, John Dower, Rebecca Manley and Steve Smith have all agreed to be co-opted to the Directors UK Board, effective immediately. Alongside these additions to our Board, we can also reveal some important updates to our election rules below.

Yousaf Ali Khan (top left) has a background in short films and features, through which he has explored issues of identity, marginalization and belonging. Yousaf is a multi-award winning director, and is committed to creating access for young people into the film industry and continues to do this through his work with Hi8us and Collage Arts.

Steve Smith (bottom right) is one of the most renowned studio entertainment directors operating in the UK today. He has considerable experience in helping create new shows and has been involved in taking projects from the ideas stage through to pilot and onto successful, returning series. Recent projects include Paul O’Grady Live, A League of Their Own and Alan Carr Chatty Man.

"Co-option of Board members helps us to ensure that - as a Board - we are a true reflection and representation of our membership as a whole. Our new members will bring new skills, knowledge and experience in the fields of entertainment, animation and games, and enhance our diversity of outlook. Co-option has also proved to be a helpful stepping stone for new members on the way to standing for election.

We are also announcing today some changes to our election rules, to increase the number of consecutive two-year terms that a Board member may serve from two to three. The same increase from two to three will also apply to the number of consecutive terms that can be served by committee chairs and by the chair of the Board. We have introduced this change because – under the previous rules – any new candidate for chair or committee chair would only be able to gain a maximum of two years’ experience as a Board member before standing as a chair. We felt that this would make it very hard to achieve an effective succession to the chair posts.

Taken together these changes should mean that we continue to bring new and diverse talents on to the Board, while ensuring that we have experienced and committed members ready to move up to chair roles."

To read more detailed biographies of these and other Board members, click here. To view the Directors UK election rules, click here. 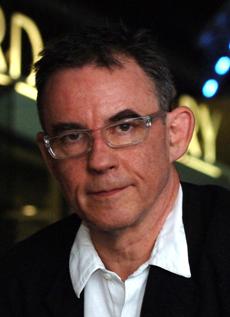 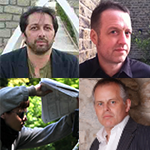