Published on: 23 August 2016 in Career Development

Last year Directors UK and Creative Skillset introduced a new mentoring scheme for high-end TV drama, to give directors a new understanding into how programmes within this genre are made, how they differ from lower-budget drama productions, and the skill set required to direct an episode in the future.

For many experienced directors wishing to take the next step into directing high-end TV drama, the biggest obstacle to career progression is demonstrating to potential employers that they have experience on a high-end set, along with the right knowledge, skills and confidence to be able to approach a high-end directing role. The aim of the initiative was to deliver practical training that would positively affect the mentees, through practical learning and professional opportunities; providing them with the opportunity to experience the challenges of working on a set and creating more contacts with leading industry professionals.

Unlike other mentoring initiatives, the selected mentee directors were paid an income for their time on set. Mentees spent approximately 10-14 days moving across the production of a popular drama - including pre-production, production and post-production - often involving large sets, costume, stunts, visual effects and more.

BAME and women directors were strongly encouraged to participate in the scheme in order to improve the diversity of the wider directing community. The five candidates selected were already established working directors, at a stage in their careers where they could benefit from the scheme and transfer the skills learned to high-end production quickly and seamlessly. 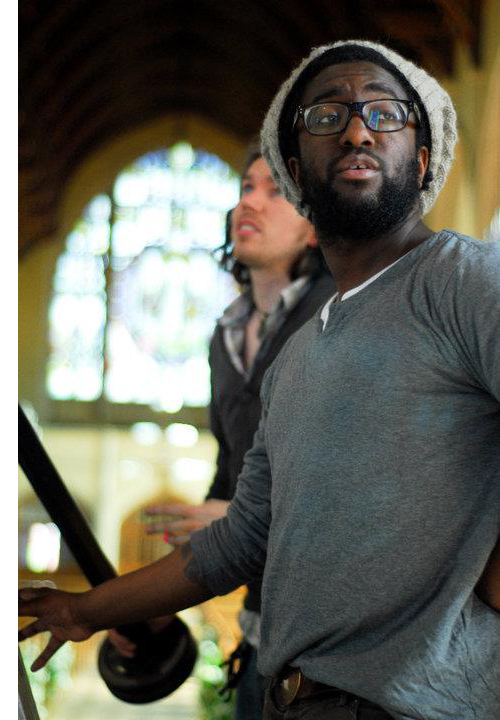 Hailing from West London, Baff Akoto began his career in documentary before directing the single drama Home for Channel 4’s Coming Up series, which starred Johnny Harris (From Darkness, Snow White and The Huntsman) and Lorraine Stanley (Suffragette, Made In Dagenham). It premiered at the Edinburgh International Film Festival before TX on Channel 4. This year Baff has been invited to participate in both Berlinale Talents and Guiding Lights 8, whilst his first feature film is currently in development. Baff will soon be directing Holby City for the BBC under its New Directors scheme.

From June to Sept 2015 Baff worked alongside lead block director James Hawes and was able to observe the entire production process from prep through to post; participating during the initial storyboarding and scheduling sessions and helping to prepare specific scenes. Baff also spent time with Peter Moffat as he processed notes from the producer, director and the team from BBC’s script department. During his time on set, Baff was able to form new relationships with crew members including the producers, DoP, camera ops, stunt coordinators, make-up and costume supervisors, and the art department. He went on to direct second unit pick-ups and VFX for both James Hawes and the second block director.

Baff was able to learn about scheduling and the endurance needed for long shoots, the editing process, post-production and more.

Baff says: “The scheme provided a unique blend of high-end, on-set second unit directing opportunities and an unusually high level of insight into the politics and narrative, creative and logistical rigours of delivering prime-time drama”. 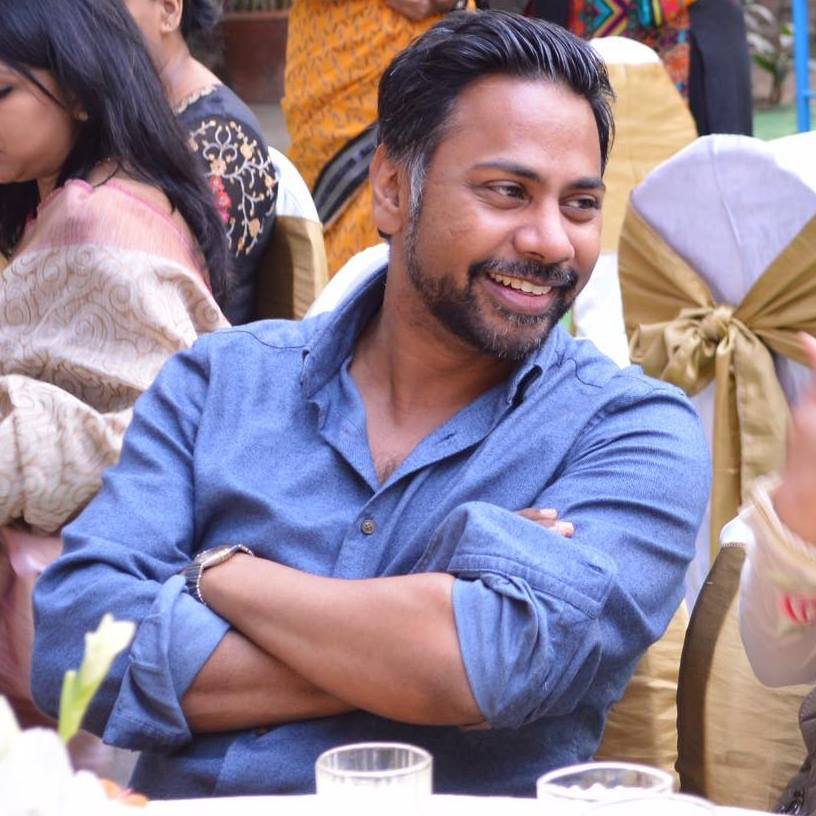 Writer/director Waris Islam graduated from Northern Media School, and completed a multi-camera course with the National Film and Television School, shadow schemes with Holby City and Casualty, and produced work for the Cinema Extreme short film programme, and Channel 4’s Coming Up series. Waris was recently the lead writer and director for the high profile BBC Worldwide Action adventure series Bishaash, which had an audience of over 50 million viewers worldwide. Waris’ other film and TV credits include SoulFind (2013) and The Line (2012). In 2016 Waris was selected for the BBC New Directors Scheme and will be observing and then directing alongside the EastEnders production team.

Waris was mentored by director Robert Del Maestro on Mr. Selfridge from April to July 2015. He worked alongside HoDs and DoP Tony Coldwell, and learnt about the aesethic style of the production from pre to post-production, whilst series producer Dominic Barlow was also on hand to provide support. Working on a large production which included period costumes and elaborate period set designs enabled Waris to gain insights into the budgetary and schedule requirements needed for a production of this scale.

Waris: “Watching Robert working with actors was interesting - his style of directing is very much what I learned in the Actors Studio/Directors UK workshop that I attended. The training has taught me to be at ease with the material you shoot, to have the confidence to defend it and constructively take criticism without losing sight of your original vision, and to remember to set a strong and positive attitude on set for all”. 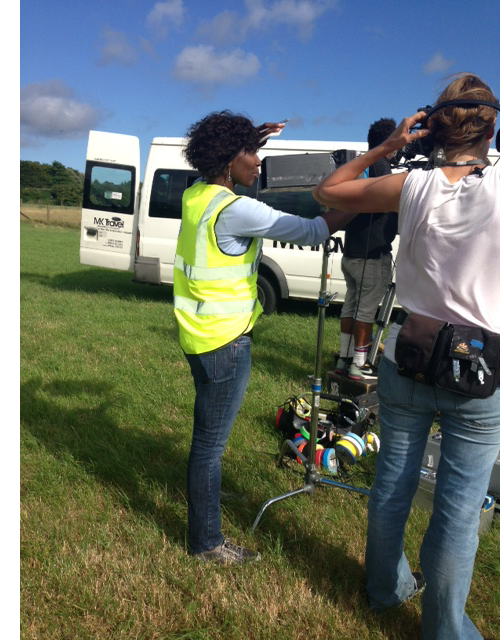 Christiana Ebohon-Green is an award-winning drama director and writer. Working as a freelance television director over the last fifteen years Christiana has worked on many drama series in British network television, including EastEnders, Doctors, Emmerdale and Hollyoaks, and one-off dramas Single Voices for Carlton Television and Dogma TV, and Alistair Meek Gets a Result for Channel 4. Christiana also made a number of award-winning short films, both of which she wrote and directed: In Your Eye (1998) and St Claire (1997). Christiana also directed BBC Radio 4 drama Obowa in 2010, which was a story based on her first childhood visit to Nigeria. Christiana recently received funding from Creative England under their Emerging Talent scheme to direct a short film starring Sir Lenny Henry, and to develop her first feature film.

Between June and August 2015, Christiana joined the production of the second series of The Tunnel and worked alongside director Carl Tibbetts. As part of the scheme, Christiana attended recce days in France and the UK; took part in pre-production and location planning meetings with the director, DoP, cast and crew; assisted the script editor to discuss any changes that had been agreed; met the team in wardrobe to discuss the tones of character’s costumes; reviewed the budget with the producer and gained valuable insight into the critical decision-making processes. Christiana also shot second unit sequences for the show, which allowed her to show her abilities and work within a larger cast and crew. Having built up such a strong body of experience, Christiana is now focusing on directing more challenging drama, as well as feature films.

Christiana: “It was fascinating to gain this insight into how high-end drama works. I learned that thorough prep can have a beneficial effect on the entire process. I now have a better understanding of what prep is like at this higher level and how to use the time effectively. Overall, this wonderful high-end mentoring initiative has given me confidence in my abilities and experience”. 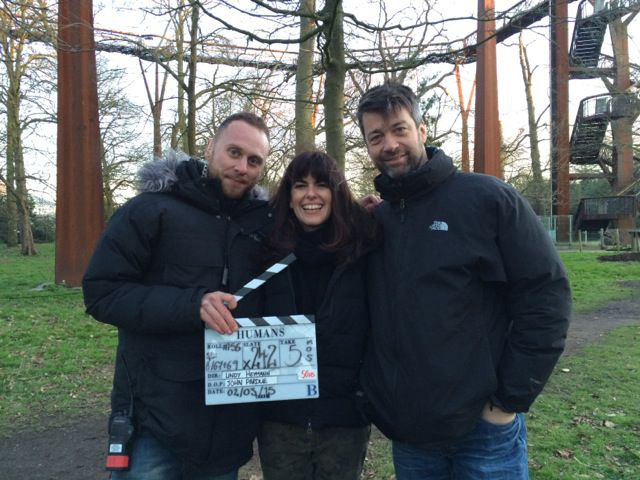 Lindy Heymann is a writer/director, whose first feature Showboy won Best Directorial Debut at the British Independent Film Award. She has directed her second feature Kicks (2008) as well as Hush!, Service, The Real Fawlty Towers and 3 Hours in High Heel Heaven. Lindy has also had a prolific career in music video, and has worked with artists and bands as diverse as Paul McCartney, John Lydon, Sinead O’Connor, David Gray, The Charlatans, Suede, Leftfield, Terry Hall and Faithless.

Since the Directors UK mentoring scheme Lindy has worked with China Moo-Young again, directing second unit on BBC3’s Thirteen. Lindy is now directing CBBC’s The Worst Witch through the summer of 2016, and has secured finance from Creative England for the development of her next feature film script.

Lindy joined the cast and crew of Humans from January until June 2015. Whilst there, she was able to attend pre-production meetings, tech recces and scheduling meeting with key HoDs. Lindy directed six days of second unit and had an opportunity to direct a scene when China was unavailable. Lindy was able to build a good rapport with all of the key crew and deliver quality material for the production, including DoPs John Pardue and Stuart Bentley, and art director Dick Lunn, who all expressed their interest in working with Lindy again in the future.

Lindy: “I think that I have learnt a lot and developed skills that allow me to meet the criteria for directing high-end TV. From working with execs and producers, to working with the cast and crew and dealing with different voices and concerns, as well as being able to meet deadlines and schedules, editing and addressing all the notes from the broadcasters, and so much more. I am delighted to have had such a hands-on opportunity and the chance to develop working relationships with key people - I have received positive feedback from the producer and director”. 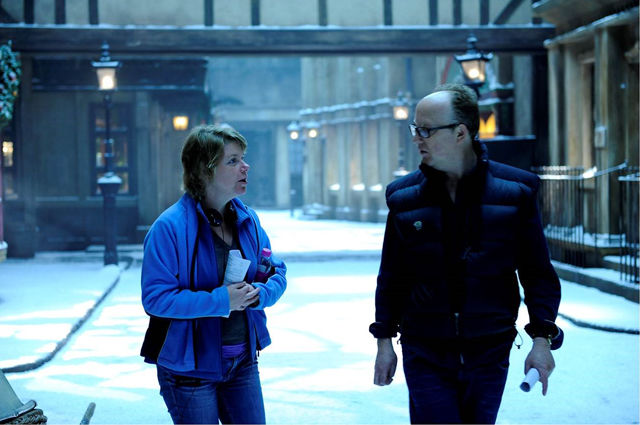 Over the last ten years Lisa Clarke has been working as a director whilst juggling the demands of a young family. In 2015 she finished directing the opening block of WPC56, a 1950s police drama for BBC One. Her first short film Heard, with writer Richard Zajdlic, was screened as part of the London Short Film Festival. Lisa has also worked on Holby City, Doctors and EastEnders. Following the mentoring scheme, Lisa was invited to direct a block for BBC One’s Call the Midwife.

Lisa worked alongside director Harry Bradbeer on the set of Dickensian for 10 weeks from May to July 2015.

Lisa gained valuable experience by starting her mentoring process during the prep period, where she was able to observe meetings with DoPs, designers and producers, which included casting, discussions with the historical advisor and composer, editorial meetings with the producer, execs and script team, HoD meetings, camera testing and extensive discussions about the look of the show. Lisa also learnt various camera techniques with the second camera operator, worked with script advisors, worked with different members of the crew to understand how a director’s decisions affect the unit and various departments.

Lisa: “The better planned you are the more you will get out of your day, and staying in control of the compromises made is a key part of the job. Having started out as a theatre director and crossed over to TV through script editing, I am very confident with both the actors and the script. It has been an invaluable experience and has helped me make the step up from long running and daytime drama to prime time, high-end series drama”.