“I’m a director, I have children — and no, those aren’t mutually exclusive.” Claire Tailyour on directing with a baby

As a mother and a director, Claire Tailyour is no stranger to the prejudiced attitudes that are still far too common in the film and TV industry.

However, when Claire began as lead director on the second series of Get Even — whilst taking care of her three-month-old baby — she found a working environment that was welcoming, inclusive, and that showed how directors “can, and should, expect better.”

Below, Claire has written for Directors UK about her time directing Get Even, and how an accommodating environment was created throughout production.

We also know that not all experiences are like this, and that our members have experienced uncooperative productions as parents. You can find useful information and resources about breastfeeding at work and more at the bottom of the page. 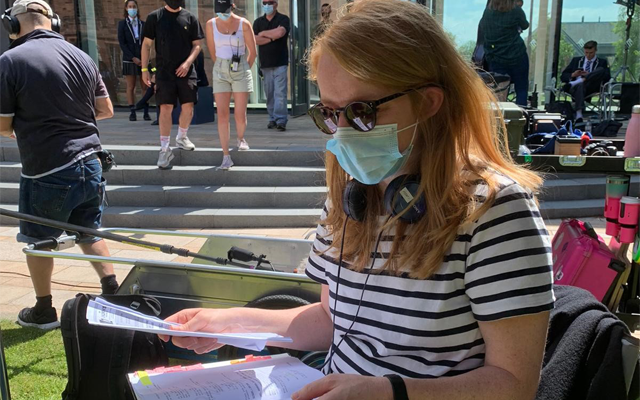 “You want to be a director? But don't you want children?”

That was the question I got asked by a HOD when I first started out as a director. Were they mutually exclusive? I'd had some painfully hilarious sexist comments in the past, but this stuck in my mind. They would have never asked a male director that question.

Cut to several years later, and not much seemed to have changed. Before an interview earlier this year, I was asked (illegally) about my childcare situation; how old my baby was, how many did I have and told I probably wouldn't be able to breastfeed on set.

Fortunately, my time directing Get Even showed that it doesn’t have to be that way. That we can, and should, expect better.

I'd directed Moving On for the BBC whilst pregnant with my first son and planned to direct a block after he was born, but the pandemic hit and my unpaid maternity leave got involuntarily extended. So, when I was pregnant the second time I was hoping to get back on set after a short amount of leave. That’s when the opportunity to lead direct Get Even Series 2 came up. 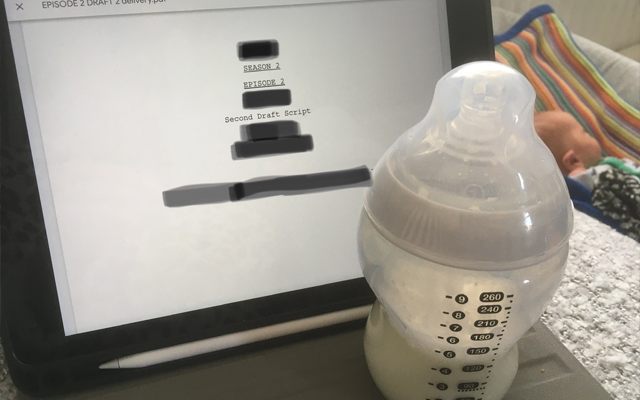 After I got the job, I told the team on Get Even that I'd have a three month old baby when we started shooting. The team were incredibly supportive and encouraging. My Line Producer put every logistic in place to support my choice to pump. I requested a flat with a fridge/freezer rather than a hotel so I could store milk. I was asked if I'd like to have a place big enough for my whole family and how else they could support me.

Luckily the world had changed for the better. Since we have gone virtual, I was able to prep with my newborn in my arms. No longer having to turn down a beloved show because I'd be away for months. In-between Zoom auditions or prep meetings, I'd breastfeed and change nappies. I was able to be a mother and do what I loved; what I'd missed during lockdown, thanks to this new online world. Anything's possible when you have the right team. As I was block one, I was part of the hiring process of crew. Some people I'd worked with before but most HODs I hadn't. I'd just be upfront with them; my body needed to pump every 3-4 hours to begin with so there was no possibility of being subtle. If we were in meetings I'd tell them I'd need a 30 minute break to pump. Everyone quickly understood my routine, knew what was going on and it didn't slow anything down.

During the shoot it was smooth sailing. Production organised a private room off set to pump, a fridge or freezer to store milk and understanding Runners who'd organise my cool-bag to load into the car at the end of a day. I'd sterilise at my accommodation before I got to set and after I got back. There are breast-pumps now that are wireless and discreet so you could be sitting at your monitor pumping and no one would even notice. I was happy to talk openly about it though, given we even had a member of the crew go into labour on the way to set, it was a very baby-friendly crew.

As should be the case on all sets, we had a mental health rep so if I had needed support during the process someone specific was there for me. I'm not going to say it was always emotionally easy to juggle both but with a brilliant team around who wanted to make an inclusive set possible, I always felt I had support. I also leaned on advice from other female directors who have young children and took inspiration from them. I didn't choose to take my baby on location because my partner was taking the parental leave with my toddler settled in nursery. But it would've been possible. There was nothing formal in my contract about all of this, just an understanding of maternity rights and a collaborative relationship.

It wasn't complicated and it went smoothly. Whether the future lies in encouraging partners to take their rightful shared parental leave (currently only 2% of eligible couples are taking up SPL) or having childcare near the unit, our industry is changing. I’m a director, I have children — and no, those aren’t mutually exclusive. So to the person who asked me “but” don't you want children. I'm happy to say that you can have a baby and direct. 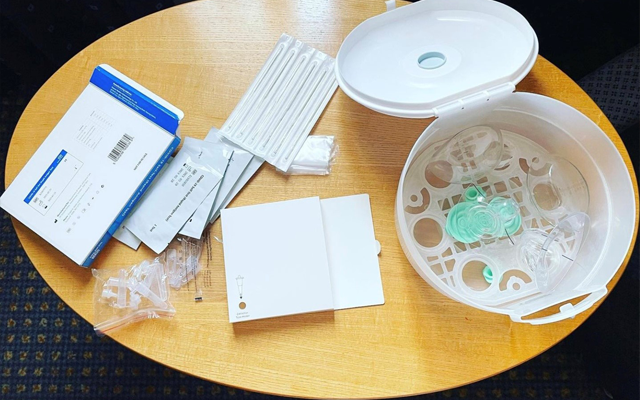 Breastfeeding in the workplace

The Equality Act 2010 makes its unlawful to treat a woman differently (i.e. discriminate against her) if she is breastfeeding. Based on the Equality Act and the Health & Safety at Work Act, this is what we understand: