Below, Bill writes for Directors UK about how the experience of making Starfish changed him, and what he learned from the industry and its attitudes towards disability on screen.

Recently, I attended the Directors UK Disability Working Group’s Zoom event “Ask Us Anything”. Although I am not disabled, I have been fortunate enough to know and to make a film about someone who is, so for a long time, the problems of living and working whilst being disabled were a daily concern of mine.

For a decade I worked on Starfish, the story of Tom Ray, who, like me, worked in the film business, like me, had a wife and two kids he loved beyond dreams, but who, unlike me, suffered a terrible, life threatening illness that left him a quadriplegic amputee, only escaping death by surrendering much of his life. 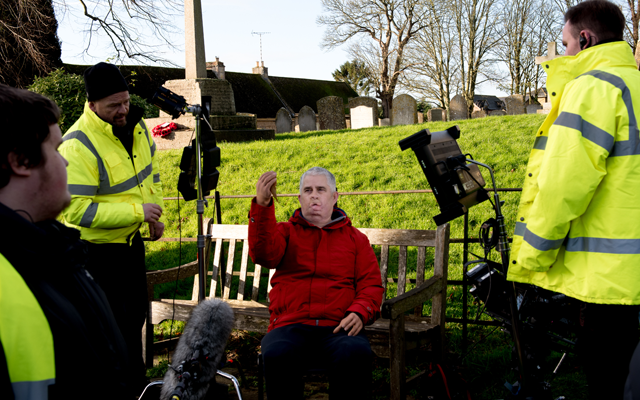 Tom Ray working as a body double on the set of Starfish. Photo: Bill Clark.

The strength I saw Tom and his wife, Nicola, draw on to survive, keep their family together and grow their relationship and conquer those immense challenges, both rocked the belief I had in my own character and inspired me to look at their lives through a lens. Try to figure out what - and why and how - society’s true relationship is with those who live differently because of some sliding doors moment, that could happen to any of us, at any time.

So for ten years I tried to find out about their experience. Understand what it meant to not have natural arms or legs, or set off security alarms because of the technology needed to replace them. Understand how to deal with a hurtful look or remark even when - and sometimes especially when - it was made with kindness. We would meet and talk, in private at their house, in public in pubs and coffee shops. I found the environment made a difference. In public Tom’s differences were noticed. Nicola cutting his food or producing a straw for his latte. The noise of the hydraulics in his hands and the need to wipe his mouth after he told me something. People would try not to look and then try not to be seen looking away. At first I thought Tom didn’t notice. Then I realised that of course he did. He had hardened himself to it and was too big to let the hurt show. I promised myself I would find a creative team that was worthy of his story. 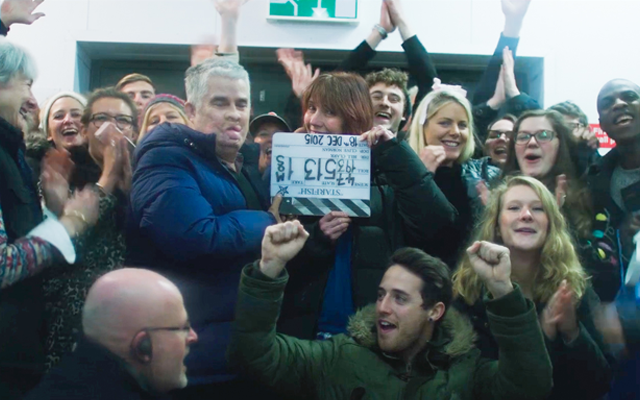 The cast and crew wrap on Starfish. Photo: Bill Clark.

But first, of course, we had to sieve through an industry of nay-sayers and yeah-butters. And there were plenty of those, plenty who were unprepared to deal with the subject,  unable to deal with the technical challenges, lacking the ability to see the rewards. So, like all filmmakers, we endured the gatekeepers with too much power and not enough soul telling us that “audiences don’t want to see stories like this…” until a fearless producer said “let’s do this”, and a team of brilliant talent stepped up to make it.

Even when we finished the film, there were unkind words from journalists who thought it “unsuitable” and distributors who thought it too “violent”. Film making is a tough world. We know that. Starfish is a tough film. I know that. I have friends, good people, who can’t handle it, too frightened to watch for fear of unleashing their own demons. But the value of the work can’t be denied. The film has raised global awareness of a terrible condition. It has proven resilience can be found in the darkest of corners. Tom has become a motivational speaker, a published author and a beacon of inspiration. Just this morning, five years after we mixed the sound, he received an email from someone who, having seen the film, recognised Tom’s symptoms in herself and went for help. If we broke down barriers and told more, inclusive, brilliant stories, think how much more we could achieve.

Listening to members of the Disability Working Group discuss the problems of obtaining commissions from gatekeepers who add their unfounded, imagined problems and groundless doubts to the usual suspects of rejection, reminded me - not that I needed reminding — that my decision to work with Tom Ray was probably the most rewarding of my career. I commend that decision to any others lucky enough to be in a similar position.