Peter O'Toole died in December at the age of 81. One of Hollywood's best-loved actors, O'Toole's career spanned six decades, including such classics as Lawrence of Arabia, Becket and The Lion in Winter. Directors UK Chair Charles Sturridge worked with Peter on three occasions. Here, he shares his memories of the man.

My first attempt to work with Peter O’Toole was not a success. I was directing an adaptation of J.G. Farrell’s novel ‘Troubles’ set during the Irish War of Independence in a crumbling hotel run by an eccentric Anglo Irishman. Peter was more wishful thinking than realistic casting, the year before he had shot The Last Emperor for Bertolucci and he had just completed High Spirits for Neil Jordan, so persuading him to take on a low budget ITV script did not seem very likely. However I attempted to compose a persuasive letter and had long conversations with Steve Kennis (his agent) who offered the cautious encouragement that ‘I never try and second guess Peter’ and sent him the script.

A few days later I received an invitation to supper and found myself nervously walking up Hampstead Hill on a wet November evening towards a gloomy and seemingly deserted mansion set back from the road behind a high wall. The door was opened by a casually dressed Irishman of indeterminate age and I was informed that Peter was on the phone and politely ushered into in a dark basement dining room, laid for two (soup plates) with my self-confidence rapidly evaporating. I waited for what seemed like a long time but probably wasn’t, until Peter bounded in, tall, distracted and energetic, full of apologies at being on the phone he announced he was hungry and the soup was served. There was there was no attempt to tantalise, he immediately declared his interest, he liked the script which he had read carefully and had some questions. I found myself cautiously warning him about the budget, conditions on location, the schedule, not wanting to discourage but trying and make sure that this would actually happen rather than fall down in the first moment of negotiation Peter just rolled his eyes and said ‘The buggers always make it a hard as possible for us’, and that was that.

Back in LWT my excited report of the meeting was greeted with a nervous pause…. Peter O’Toole? How will we control him, he’s a drunk (no alcohol at dinner), he’s a wild man, he’s a film star not a TV actor etc you’ll never achieve the schedule. When Kennis called to say that Peter enjoyed the conversation and was ‘in’, I explained that he while I was thrilled I needed time to reassure the producers. I spoke to Peter and explained the situation as diplomatically as I could, ‘Let’s invite the buggers to tea’ was his response and I breathed a sigh of relief, confident a meeting would solve the problem and that Peter and I were starting to build a collaborative relationship that would benefit the film.

Tea was a disaster, Peter saw the meeting as a chance to audition and treated the event as an extended improvisation around Farrell’s eccentric character, it was thrilling as a performance but not exactly reassuring as a responsible business decision. The producers and I left the house with very different conclusions and they rejected the casting on the grounds that it would endanger the production. I was eventually to resign from the film under different circumstances but I should have done it there and then and saved myself a great deal of grief.

Nearly a decade later Duncan Kenworthy and I were preparing Gulliver’s Travels for NBC and Channel Four and with Ted Danson already attached Peter was the first person to join the cast as the diminutive King of Lilliput and this time both of us were excited. My two most enduring memories on that set were a moment in Pinewood where, slightly fatuously, I had persuaded Ted to rehearse a scene standing on a ladder (he was the giant) with Peter on the ground looking up at him. ‘I get it’ said Peter, of his part as the King, ‘We’re equals, we’re both giants, that’s why we enjoy each other’. Later in the shoot, Omar Sharif arrived and there was an undeniable thrill at the prospect of seeing the two men standing together in the same room. The room turned out to be a restaurant in East Anglia on the night where their two schedules (they did not meet on screen) would cross over. As he came in Peter leapt up and ran through the tables to hug ‘Fred’ as Sharif was known on the ‘Lawrence’ set, then the two men stood shoulder to shoulder and started to perform a rather unlikely series of steps, think Zorba the Greek. This we were informed was ‘Fred’s Shuffle’, a dance they had developed while working in the desert having heard rumours of the ‘Twist’ but not knowing what it actually involved.

The following year Peter agreed to play Arthur Conan Doyle in the Paramount film Fairytale A True Story, an account of two young girls who claimed to have seen fairies. In part, the film told the story of the unlikely but true friendship between Conan Doyle and Harry Houdini who was to be played by Harvey Keitel. A director needs to find a practical route for every performer to achieve the best and most original performance, understanding that different artists use different processes. At my first meeting with Harvey, over a 6am breakfast at the Savoy, he had immediately suggested that we ‘improvise’ the key Houdini/Doyle scenes, as the waiters fluttered around us in the empty dining room offering exotic teas and a choice of milks. I was slightly taken aback thinking that without the other actor, there was a limited benefit in this, but feeling that it might show lack of nerve agreed and plunged in. It became clear that Harvey approached each scene with a kind of long distance run up to make a single jump into performance. Peter, on the other hand wanted no run up at all, waiting till the clapper had actually clapped, before standing up to act. He believed that his job was to fully investigate the text, learn the lines and then be ready at the required moment while Harvey wanted to do his own research. Each man respectfully watched the others process with mutual incredulity, however the route is not the point and when they stood together eye to eye in front of the camera nothing else mattered. Peter is accused sometimes of being overfond of histrionics, the truth is that while he had an appetite for flamboyance his logic and emotional intensity were pin sharp. In one scene Houdini accuses Doyle of gullibility in his acceptance of the spirit world and Doyle in reply talks about reaching out to his son, a casualty of the First World War: ‘Do you think I can be fooled by the voice of my own child?’ he asked quietly, simply and devastatingly.

Lassie was our final adventure together and when I sent him the part of ‘The Duke’ there was no formal response from Steve Kennis, still his agent, he just arrived on our doorstep with a bunch of flowers to say thank you. Working with children and animals was both joyous and frustrating but I remember one scene where I said to Peter ‘I have four minutes till we wrap, this is where you sit and I will have to turn over soon as I finish saying this’. Peter was clearly tired, but his eyes lit up at the challenge. “Let’s do it in one’ he said with a laugh and of course he did just that.

I last saw him at the theatre, we were both there to watch a performance by one of his closest friends, John Standing. Peter was whizzing with excitement: ‘I was taken out to lunch today by a director, ‘Terrible script, I would have said ‘no’ immediately he started talking, but the lunch was so delicious that I decided to wait the pudding to refuse’. I asked what was next for him and he said: ‘ Kazakstan! I’m to play a Fisherman, the money’s in escrow so I’m safe and it will be an adventure’. The film has yet to be released but I found the trailer of YouTube this morning, there is one shot of Peter leaning against a hut grinning. I am sure it was an adventure, somehow he made everything seem like that. At that first dinner in Hampstead over the green soup he told me that at the end of the shoot of The Last Emperor he was in Bejing and had asked the production for a train ticket home because he wanted to travel via Moscow. It was a four day journey and he travelled alone with a pile of blankets, a hamper of provisions and a video camera. ’They tried to take the camera off me Moscow Airport but I wouldn’t let them’. I’m sure they didn’t dare and I still think about him wrapped in blankets crossing the freezing steppes and that unseen film, made by him, of one more adventure. 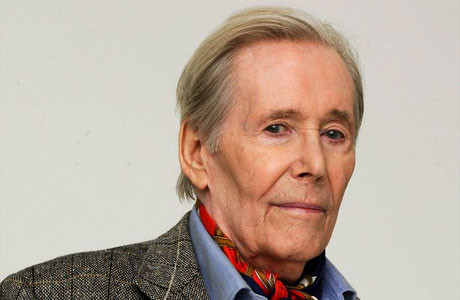