Directors UK's newly elected Chair, Beryl Richards discusses the unique value of being part of an inclusive membership organisation and sets out her priorities for the future of Directors UK.

Since being elected to the board three years ago I’ve found one of the great benefits of getting actively involved in Directors UK is the many friendships made with like-minded people, particularly when we launched the Women Directors campaign.

What lies at the core of our working lives is our freelance status, and it strikes me how isolated that can make us feel. We rarely work alongside each other or get the chance to meet each other. Every time I attend one of our open meetings I really enjoy seeing members identify with fellow directors, hearing them voice experiences they recognize and can learn from.

In some areas this has grown and Directors UK has worked with those groups to campaign for better pay, or conditions, or representation.  From those meetings I feel a real sense of empowerment from working together on a shared issue.  It has proved in our interest to share information with each other about what we are paid and our working conditions to stop others being exploited.  Together we can get things changed.  Alone we cannot, and as freelancers we are especially vulnerable. Directors UK’s approach is to pursue collaboration rather than confrontational whenever possible and this can and has brought real results. A spirit I see first-hand in our open meetings, we stop being on our own as individual directors and find strength and voice in coming together on the things that matter to us.  I’d like to think this value lies at the core of all we do.

What I’d like to see over the next few years is for us to become the ‘go to’ organisation with a significant voice in our industry and more broadly our culture. This will build further on the pioneering work done by Charles Sturridge during the years he led Directors UK in becoming the thriving organisation it is today. Key areas that I want us to focus on:

Our freelance status – In our working lives we are perhaps encouraged to see ourselves in competition with each other, but as a community of directors with shared interests and information we can campaign effectively to make the changes so badly needed. Existing legislation at national and European level often works against us and so we will significantly increase our lobbying in parliament in Westminster and in Europe. Our pay, conditions and rights – Pushing for the best possible outcome on the UK rights negotiations is fundamental to securing directors strong, stable pay base in the coming years. For too long pay rates have lagged behind, failing to keep up with the industry but also the pressures of inflation. Our pay campaign has had a successful start and now we will keep building our evidence to campaign for greater protection of the directors status and creativity.  The future of our industry - Directors UK has a huge role to play in the issues and developments that affect the creative and cultural aspects of society, for example the BBC charter renewal and what this will mean for our national culture. Directors UK is already acting as the galvanising force in  bringing together allied organisations to question and challenge proposals but also examine the rationale behind them. Asking important questions: As ownership of our Indie sector becomes ever-more global and the film industry model shifts what will this mean for British film and TV culture?

It is both an exciting and challenging time and as such ensuring that Directors UK give voice to its members has never been more important and I am committed to increasing democracy in Directors UK. I’d love to hear your views on these issues and what matters to you at our upcoming AGM (11th June); Festival (11th July) and Conference (Autumn 2015).

I look forward to meeting you there. 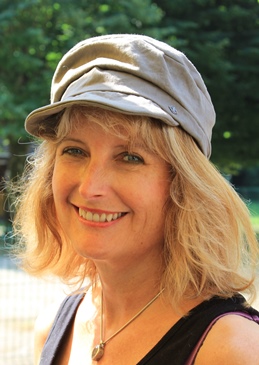 A thank you to our outgoing Board