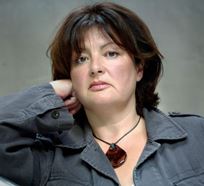 Acclaimed film and television director Antonia Bird passed away this weekend at the age of 54.

A statement released explained that Bird had an operation to remove a tumour in April this year but “despite a determined fight, she had come to terms with the inevitable in the last few weeks and died peacefully in her sleep.”

Bird’s death was met with an outpouring of tributes on social media sites from those that knew her or had enjoyed her work, including actors Robert Carlyle and John Simm, and writer Irvine Welsh.

Bird’s career in television began in the 1980s on fledgling soaps EastEnders and Casualty, where she was amongst the first to take the directing seat on both shows. A stint on The Bill followed, but it was the successful adaptation of Ann Oakley's feminist novel The Men's Room, followed by single drama A Masculine Ending, that saw her reputation in the industry enhance.

More acclaim was to follow with her 1993 TV film Safe, which would go on to win the Best Single Drama at the BAFTAs, and the controversial Priest – the first of three collaborations with Carlyle - which was selected for the International Critics Award at the Berlin Film Festival.

Success in Europe led to opportunities in the States, and Bird followed Priest with Mad Love in 1995. Starring Drew Barrymore and Chris O’Donnell, the film was praised for its honest depiction of mental illness. However Bird’s foray in America proved to be short-lived; she returned to London the next year to make gangster drama Face, followed by cult favourite Ravenous in 1999.

The 2000s saw Bird move back to television, with highlights such as Care, Rehab and a spell on Spooks ensuring her work was never far from the public eye. More recently the director turned her attention to period drama: 2010’s A Passionate Woman was followed by the acclaimed The Village earlier this year. Although more work was planned, including new feature Cross My Mind, those were to be Bird’s final productions.

“The fond thoughts and deepest sympathy go out to Antonia Bird's family and friends from her fellow directors. A talented, respected director and a passionate and loyal colleague, Antonia will be greatly missed.”

Directors UK would like to send our condolences to Antonia’s family.