Published on: 3 February 2016 in Case Studies

The Directors UK Multi-Camera Directing Skills for TV course finished last week, having taken a team of six young directors through the various skills they need to become successful multi-camera directors. One of the key parts of the training involved directing music performances. Director Stuart Earl tells us what he learnt.

I was so chuffed to be able to join the course in time for the scripted music masterclass on Monday and Tuesday. I’ve scripted and directed some music before on The Andrew Marr Show (all self-taught) – so I was excited to learn how the pros did it, and with Geoff Posner and Steve Smith we couldn’t have been in better hands.

In the gallery of the National Lottery studio at Pinewood, Geoff showed us two performances of the same song – one busked and one scripted. We talked about the differences and we all agreed the scripted version captured the performance better: we could see – in time with the music – what we could hear. 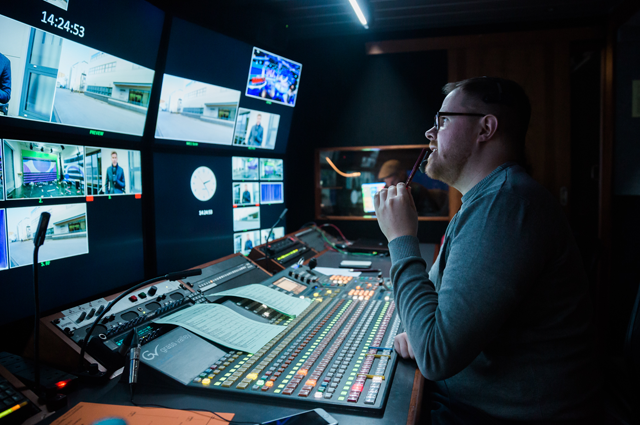 With the six of us counting our way through Michael Jackson’s Billie Jean, Geoff introduced us to bars and beats, upbeats and downbeats and time signatures. Throw in a discussion about shot descriptions and we were starting to get the basics for our first music script.

Steve presented a showreel of performances from The Graham Norton Show and, along with Lighting Director Chris Rigby, talked about the endless variety of looks that could be achieved.

Armed with Geoff’s ‘top 10 tips for music scripting’ we were ready for the main task: to script our very own music performance.

In the production office, with my headphones on, I watched the rehearsal tape of my track (Mark Ronson’s Uptown Funk) over and over again. There were dance moves I knew I wanted to capture and I listened long and hard to decide where the cuts should be. While figuring out how to shoot the final few bars I was still smiling and bouncing in my chair to the beat of the track – even though it was 11:30pm by that point. Music scripting is quite possibly the best part of my job. 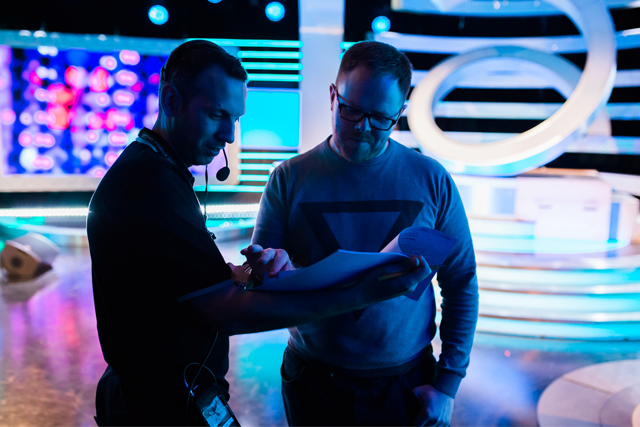 Following Geoff’s producers’ run the following morning (where we witnessed the most creative use of the “fade to black” button any of us have ever seen) it was time for me to sit in the big chair. Having briefed cameras and lighting we went for a run through.

I sat there in silence, other than confirming with the PA and vision mixer where I wanted each cut and making a quick scribble on my script where I had a note for cameras. At the end of the track the broadest smile ever came across my face. It was such a phenomenal experience to see what I’d pictured in my head become a reality.

Notes delivered and discussed – “could we pace up the move on shot 6”; “Stuart, why don’t you cue the zooms on shot 38? You know musically where you want them”; “can we pan up from the feet immediately on shot 44?” – we went for a recording.

Apart from cueing the odd move and the zooms of shot 38, I once again sat there in silence. The team – PA Sharon McNab, Naomi Neufeld vision mixing, Ian Penny and the lighting guys, Nigel Saunders and his camera team, Michael McCarty in sound and Steve Cass on the floor – had turned my vision into reality. 3 minutes 15 seconds and 49 shots later, my scripted music exercise was over. 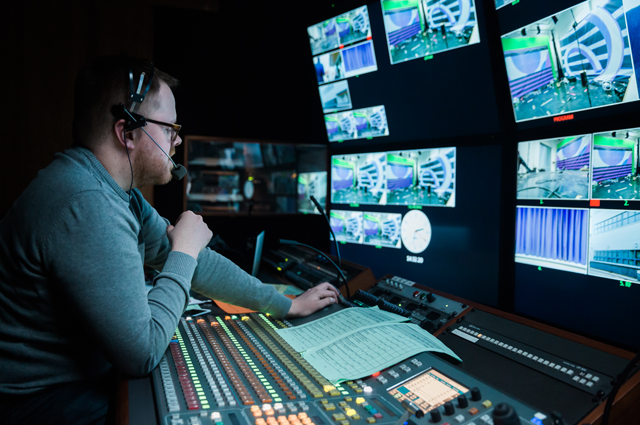 Watching it back in review, I was so pleased – and relieved! Geoff complimented me on lots of different things, but also suggested a couple of places where I could have added an extra shot to better cut to the music. He ended the review by saying “you can do it” and that was such a great confidence boost. I’m excited now to secure the opportunity to show I really can.

Until December last year, Stuart was working full-time as a director at the BBC. He started his career at CBBC presentation - directing the bits between the programmes - before progressing onto BBC News. There, he directed programmes like BBC Breakfast, Newsnight and The Andrew Marr Show. Now a freelancer, Stuart is excited to widen his directing experience across a range of other genres. www.stuartearl.tv