While coronavirus continues to cause disruption throughout the screen industries, our members have still found ways to make their mentoring partnerships work with our structured mentoring programme, Directors UK Inspire.

Directors UK member Gaëlle Mourre is taking part in an online mentoring partnership with Richard Clark, using Skype to discuss career goals, and learn about the ins and outs of directing VFX-intensive drama. Read about how she and Richard are making the mentorship work online below. 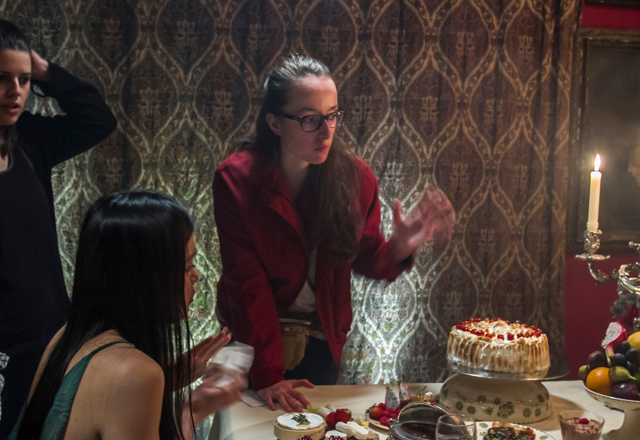 I approached Richard Clark last year through Directors UK. I’m a big fan of the series Richard has directed and was looking for someone who could advise and guide me in the fantasy/sci-fi genres, and that was Richard!

Richard was super responsive and really took me under his wing. He made me feel comfortable about asking questions about his process and asking for advice on my work, which he has always taken the time to look at and feedback on.

He also let me sit in on part of the post-production process of season one of War of the Worlds, and from an early stage, when we couldn’t meet up in person, Richard was always available via text, email or phone so transitioning to an online mentorship felt really natural.

What has it been like mentoring online? What were you able to discuss/get help with?

Online mentoring feels very natural. It’s so easy to text, email, pick up the phone or Skype. We touch base on all these platforms; Richard is wonderfully communicative and available, even though he has a huge workload.

I recently completed a pilot script, so I sent it to Richard and then we scheduled a call where he gave me his advice on how to improve it, and he was overall greatly encouraging. He advised me on what to do next with my project and very kindly put me in touch with his agent, so we’ve started a dialogue and I’ll be sending him my pilot when I’ve made a few tweaks.

I also shadow Richard from afar on season two of War Of The Worlds, where Richard gives me insights into the pre-production process. I’m learning a lot about the work a director does on a show that requires a lot of VFX and post-production work, which is still quite new for me. 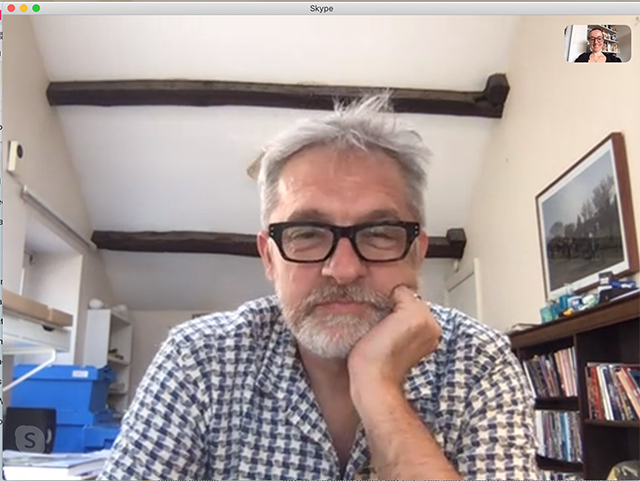 How did mentoring online work practically – did you set regular dates? What apps or programmes did you use?

We don’t set regular dates; we stay in touch via email and text and when the need arises, set up a phone call or Skype chat date. Richard is very flexible so we touch base as needed. He’s sent me some of his past treatments for me to have a look at so at the moment I have some reading to do and then we’ll touch base and chat through it all!

Richard also gives me advice on how to manage and strategise my writing and directing, talking me through any questions I have.

What advice would you give to people mentoring online to make sure they get the most out of it?

I imagine it will change according to each working relationship but if you are starting out a mentoring relationship online, I would make sure to organise as many video calls as possible – it’s as close to being in the room with someone under the current circumstances and that’s when conversation flows more organically. You’ll end up thinking of questions and learning things you may not have thought of previously!

Would you recommend Directors UK Inspire – and an online mentoring partnership – to other members?

I absolutely would recommend Directors UK Inspire, hands down! Meeting Richard and receiving his mentorship has provided me with much needed clarity on my projects and career trajectory. It’s also given me a confidence boost, which is so important in our industry. His generosity in sharing his insights, not only on my work, but also on his own trajectory and his projects is invaluable and has contributed to making this past year a fruitful one career-wise.

Additionally, having the opportunity to start a conversation with an agent, thanks to Richard’s introduction, has really been wonderful.

I’m just finishing up on writing a pilot and the Bible for a spec series, which I developed on a course at the NFTS. I’m now developing a new series with a co-writer and working on conceptualising another VR project. I’ll also hopefully get to shadow Richard on set of season two of War of the Worlds!