Directors UK Inspire, our year-round mentoring programme for members, is currently open for applications. Great mentoring partnerships can take many forms — and not all of them have to involve meeting up in person!

Directors UK member Serena Gardner started a mentoring partnership with Tori and Matthew Butler-Hart, before moving their meetups online. We spoke to Serena about how she managed to keep up a productive and fruitful partnership below. 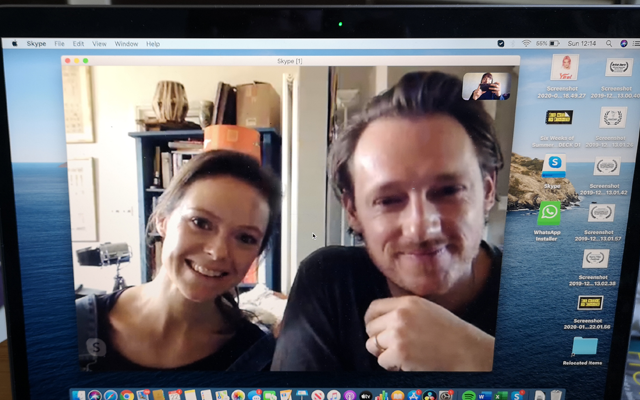 My mentors are Tori and Matthew Butler-Hart from Fizz & Ginger Films and they truly are the kindest, most generous people you will ever meet! I had seen their film The Isle previously and loved it, then went to see them do a talk about making it at a Make Your Film event (run by Giles Alderson and Dom Lenoir from The Filmmakers Podcast).

I had been looking for a mentor to help me on my journey of making the jump from short films to first feature ,and knew that I was keen to find someone who had made their own films and could share that experience with me and become a guide as I made that transition.

I wrote to them and explained where I was in terms of my short films, my first feature project Six Weeks of Summer and what my ambitions were for it. At this point I only had a treatment — I hadn’t even written anything! — and they were brilliant. They came back really enthusiastic and I was really welcomed with open arms. We worked together to create a year-long action plan for my film and have been working on that ever since.

What mentoring did you undertake offline, and how was it useful?

We had been meeting once a month in person. I’m based in Glasgow so would travel down to London to meet and work on our action plan tasks and update them on what I had done that month.

We were/are planning for me to shadow Matthew as he directed a project this summer, but with the coronavirus outbreak we are waiting to see what will happen. 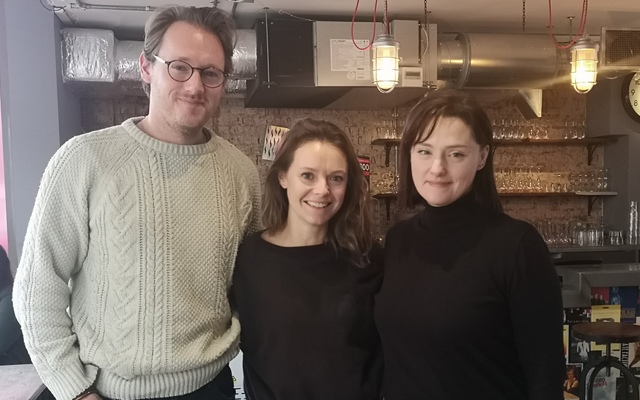 When you continued your mentoring partnership online, what was that like? What were you able to discuss/get help with?

In my last session we discussed feedback from the finished first draft of my script and Tori and Matthew gave me notes on what to work on for the next draft.

We also went through the proposed first draft of casting that we have been working on with our freelance casting director Leah Lawry-Johns, and discussed ways to offer out parts to named actors.

Our next session (also online) will be going over our top sheet draft budget for filming. This is scheduled for April and my Producer Nasreen Cullen will also be joining us on that session.

How did mentoring online work practically? Did you set regular dates? What apps/programmes did you use?

We have been holding our usual sessions monthly over Skype and sharing documents online via email (my first draft of my script, casting decks, treatment decks, proposed filming budgets) and this has worked really well so far.

When we created our action plan at the start we added in items for discussion and scheduled dates for these to take place throughout the year. We’ve only tweaked this slightly where our film needed more areas of discussion, but it’s stayed relatively the same; meeting once a month with regular feedback emails in between. 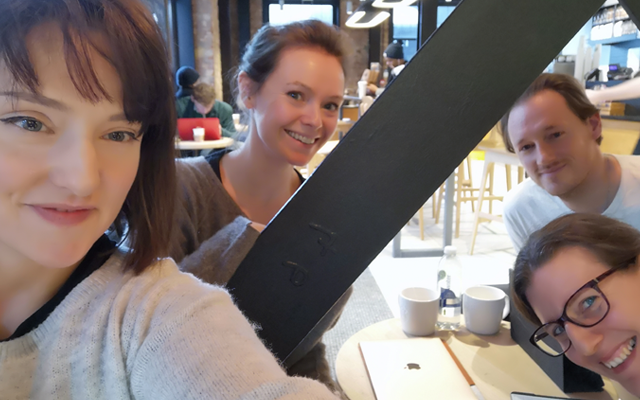 Would you recommend Directors UK Inspire, and an online mentoring partnership, to other members?

Absolutely! I was really stuck for a long time making short films and applying endlessly to first feature schemes, unsuccessfully, and not really getting very much further than this.

I then didn’t want to have to wait for someone to gift me a golden spoon and say “here, we will make your film.” I decided that I could do this myself if I could learn from the right people who had already been through this.

Directors UK Inspire gave me this opportunity to work closely with a team who have already created their own slate of films, from start to finish (including: writing, producing, finding finance, getting a distribution deal), these were all the things I was looking to learn and this gave me the perfect opportunity to find the best people that could help me do this.

After I make Six Weeks of Summer (a punk rock tale about a teenager called Summer trying to get her brother’s ashes back after he dies, set amongst a backdrop of Brexit and Climate Change), which we hope to film next year, we are working on another feature, this time a horror film which I am writing with David Curtis called Black Annis.

Find out more and apply for Directors UK Inspire.