Directors UK Inspire: mentoring on the set of “Trying”

After graduating from film school and working on several projects, Directors UK Member Tiarnan O’Sullivan reached out to fellow member Jim O’Hanlon as his mentor for Directors UK Inspire.

Their partnership would provide Tiarnan with valuable advice in his career, and an all-access look at the Apple TV+ series Trying — but it didn’t stop there, with Tiarnan gaining a 2nd unit directing credit in the process.

Tiarnan wrote about his experiences of the Inspire scheme below, from first approaching his mentor to keeping the partnership going through the pandemic. 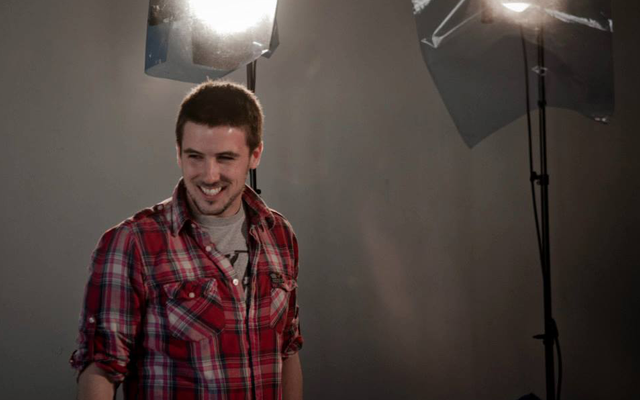 After graduating from film school in 2013, I spent several years juggling full-time roles, including time shooting behind the scenes material on a variety of feature projects, and a year as the “Head Filmmaker” for a youth charity — whilst simultaneously trying to pursue my own projects, meet new people and build my credits and showreel.

During this time I managed to direct my ﬁrst low-budget feature ﬁlm; write and direct two short ﬁlms that went on to tour the festival circuit; and also write and direct several TV pilots/teasers. However, too often during this period I felt that I was having to muddle through on my own. I was unsure of how to turn the work and experiences I was gaining into new opportunities, confused as to where to focus my time and eﬀort, and desperate for feedback on how I could continue to improve as a director.

As a result, when a friend of mine told me about the Directors UK Inspire scheme I was eager to submit an application. It felt like the opportunity I had long been craving, to help answer some of the questions that I had been pondering over the previous few years. Luckily, at this time I was also watching the ﬁnal season of Channel 4’s Catastrophe and loved its style, performances and pacing. So, when I saw Jim O’Hanlon’s name pop up as the director for the series — and I subsequently discovered I had already enjoyed Jim’s work on shows such as Inside Number 9 and Netﬂix’s The Punisher — I thought I would take the chance to approach Jim to possibly partner up and submit our application together.

Thankfully, despite having never met or spoken before, Jim was more than happy to chat and generously accepted my proposal. At the time, I had also recently secured representation with the Lisa Richards Agency, so we agreed that our application together would centre around me being able to contact him to ask for advice and to pick his brains about navigating my ﬁrst year as a represented director. However, Jim then upped the ante by also oﬀering to let me come and shadow him on the set of his new Apple TV / BBC comedy Trying — an oﬀer that I was obviously more than happy to accept.

As a result, when our application was then approved by the team at Directors UK, I suddenly — only three months after having even heard of the Inspire scheme — found myself on location for the ﬁrst of my ﬁve days on set with Jim.

My time on set consisted of two days out on location in Ealing, followed by three days on the studio set in the West London Film Studios. During this time I was eﬀectively given an all-access pass, as Jim kindly allowed me to listen in to his discussions with the actors, watch his director’s rehearsals — and he even gave me access to his pre-production notes, granting me a fantastic insight into how the diﬀerent elements of the production came together. During his brief moments of downtime Jim also ﬁlled me in on all the tiny details that inform how he directs a show, and his thought-process behind elements such as blocking out a scene and how/why he was choosing to do another take.

The time on set allowed me to interact with all of the diﬀerent departments on the show. I learnt an incredible amount - both technically and creatively - in talking to the show’s producers and the camera, sound, AD, wardrobe and art departments. I must also give a special mention to the show’s great cast - particularly Esther Smith and Imelda Staunton - who regularly came to chat with me and were more than happy to give me their thoughts regarding life on set, along with answering all of my questions about the director/actor dynamic. 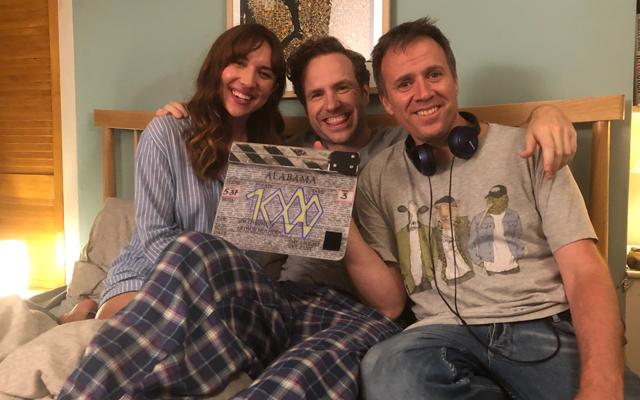 Not long after these initial ﬁve days had been completed I learned from Jim that my time on the Trying set was not yet over, when I was then asked back to direct a day of 2nd Unit for the series. As a result, a few weeks later I found myself in North London with my own camera and security teams to spend a night in Camden shooting various location and crowd shots for the series. Obviously, this was an incredible experience and a great credit for me - my ﬁrst as a 2nd Unit Director. I’m extremely grateful to Jim for giving me the opportunity to contribute to the series and for placing his trust in me.

Incredibly, I was then to learn that there was still more to come as Jim then invited me to join him for several days of the post-production process. During this time, I attended several editing, ADR, mixing and grading sessions, and again received unlimited access to the discussions behind the creative choices. Whilst I have been involved in the post-production process many times in the past, it is also an area I was particularly grateful to gain more experience in, as I have sometimes felt out of my depth with all of the technical elements involved. As a result, it was an incredible opportunity to have the chance to be able to talk to the editors, colourists and sound department and to get answers to these technical questions that I’m sure many less experienced directors ponder but never get the chance to ask.

Looking back now at this time - both on set and during post-production process - I think the greatest beneﬁt I experienced came from Jim demystifying the process of directing a high-proﬁle TV show for me. Whilst I have been involved with a variety of shorts, features and TV pilots in the past, the idea of directing a TV show like Trying and the pressures that must bring felt like a massive step up and a big unknown to me. Watching Jim juggle the demands of the diﬀerent departments and the cast, along with seeing the pace that he works at and the thought-processes behind his decisions was, hugely beneﬁcial to me moving forwards.

Since ﬁnishing up the post-production process — and despite the arrival of coronavirus — Jim and I have continued to chat and he is still generously giving me a lot of great advice on my own career. Trying was released on the 1st May and I’m delighted to see it receive a lot of positive feedback, and it has now been commissioned for a second series. Thankfully, I’m also yet to read a review criticising any of my 2nd Unit shots, so I’m taking that as a win.

I’d once again like to thank Sean Thomas and the team at Directors UK for their great support throughout the entire year. I would recommend that any director try to get involved with the Inspire scheme when it opens, and I ﬁrmly believe that it is a fantastic way to get the support and answers that I know many of us are looking for.

Finally, my thanks must once again go to Jim for his time and generosity throughout the entire year. To not only receive the career advice I was looking for, but to also get an incredible opportunity to shadow him, and to even gain a credit in the process, was wonderful. I hope you all enjoy Trying and I look forward to us all returning to set in happier (post-pandemic) times.