Published on: 2 October 2020 in Case Studies 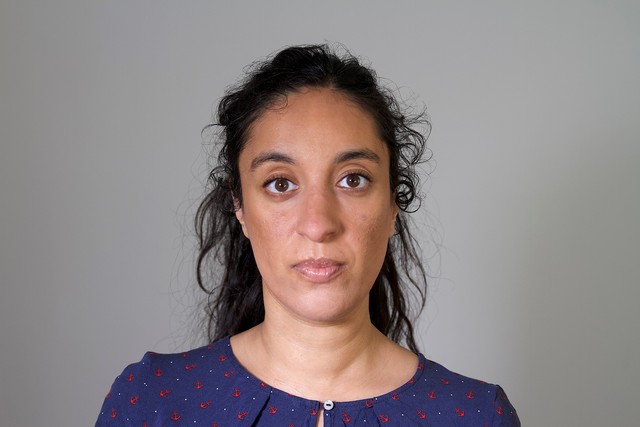 We caught up with director Rubika Shah about her feature documentary White Riot, and the time she spent on our Directors UK Inspire programme.

Rubika was mentored by Iain Forsyth and Jane Pollard, directors of 20,000 Days on Earth, as part of the Inspire programme. She spoke to us about the last few months from a director’s perspective, releasing a film during a pandemic, and how she used Directors UK Inspire to help her with her project, White Riot – which is available to view in cinemas and on Curzon Home Cinema (VOD). We also spoke to Iain and Jane, who gave us a mentor's perspective on the Directors UK Inspire experience.

How have the last few months been for you as a filmmaker? Have you been able to progress any projects?

Work-wise, Coronavirus hit us hard, because we had planned to release White Riot in June with our distributor, and we had to keep re-evaluating our position day by day. Probably around April we decided to postpone the film. We did lots of great Zoom Q&As over the Summer but there’s nothing like being on stage with an audience. Thankfully, we’ve now got a theatrical release, but we’ve been hit by the second wave. In terms of my day-to-day work, I did get some time to write, which has been great. After White Riot we wanted to get stuck into another project, but that changed because suddenly you couldn’t go anywhere and you didn’t know what the future would hold. I’m in awe of people who written a novel or a bunch of scripts! I directed a documentary short for Grain Media, which comes out next week. It directed the film remotely, which was an interesting experience.

In our member event with Spike Lee, he said he hadn’t written a single word over the whole of lockdown.

For me it’s about not having deadlines. My mind tends to wonder. So I think across all the creative industries, there’s this thinking that “there’s no deadline, so there isn’t that extra pressure to catapult me into writing.” It is difficult. But I did just write a treatment for a drama film, which I was really pleased with. I have found a producer who gets the story, which is very exciting and we’re currently developing it at the Torino Lab.

How have you found the response to White Riot?

Really positive! We won the Grierson Best Documentary Award at the London Film Festival, and the reviews have been really strong. Most surprising is the four stars in The Sunday Times which blew us away. It’s also become timely because of the protests that took place around the world with the Black Lives Matter movement. Now people are really looking at what the film is about, and it has a renewed sensibility about it.

Moving on to Directors UK Inspire, then – what made you decide to apply?

This was back in 2017, and it was a time when we were in middle of making White Riot. We made the short and it had been at Sundance. I was thinking about how I could make it into a feature: what are the bits of the story that interested me most, and what did I want to delve deeper into? How are we going to make a film that’s going to be a tribute to the time and also feel punk?

I’d watched 20,000 Days on Earth and really loved it, so I reached out to Iain Forsyth and Jane Pollard through Directors UK. It started gradually as a chat, with me talking about where I was in my career, what I wanted to do next and how they could help me. They liked my project, and told me about how they had a mentor when they first started and it had helped them. They’ve been invaluable.

What sort of form did the mentorship take? Were you meeting up for coffee, or did you visit Iain and Jane at work?

I would go down to their studio. They were very approachable and happy for me to contact them as and when. They were really gracious with their time. Getting the opportunity to ask Iain and Jane lots of behind-the-scenes, directing questions was brilliant, especially as I was about to embark on my debut feature documentary.

20,000 Days on Earth was a really great model for the kind of film that I wanted to make, as it’s cinematic and incorporates lots of different kinds of filmmaking. It’s a film that you want to see on the big screen but that also works really well on TV. I was able to sit with them and dissect the film, and ask them all sorts of questions about the choices they made and about their shot selection, their uses of lenses, their multi-camera set up, and more. I learnt a lot about filmmaking from them.

What stands out for you as the most useful piece of advice you received on the programme?

Looking back, it was probably around post-production and how to approach the edit. That was something I hadn’t done before for a feature doc, so the idea of working through the hours and hours of archival footage could have been quite daunting. But what they helped me to was keep the punk heart of it, keep it feeling theatrical and big – I kept that idea with me when I approached the final cut.

What advice would you give to someone looking to apply to the Directors UK Inspire programme?

I think it’s important to be flexible, and to have an idea of what you want to achieve going in. For example, I had a short film that I wanted to develop into a feature – having that end goal really helped with shaping our partnership.

Well, White Riot is out in cinemas now, and I’m developing a drama with a producer. That’s really exciting for me, as that’s something I started out wanting to do before I went into documentaries.

Iain Forysth and Jane Pollard, directors of 20,000 Days on Earth, agreed to mentor Rubika Shah as part of the Inspire programme. They gave us some great insight on how they provided support, and what they learned from the process.

How did you meet Rubika?

We were approached by Directors UK around the time the Inspire programme was launched, with a request to mentor Rubika. She’d been recently named as a Screen International Star of Tomorrow, so we knew of her, and had seen her documentary short about David Bowie. The information we were sent about the film Rubika had in development chimed with many of our personal interests, so we were interested to find out more about it, and how we might be able to help.

Why did you decide to get involved in Directors UK Inspire?

Back when we were at art school, not long after we began working together, we met a young curator, Joshua Compton, who quickly took on the role of our mentor. Our meetings and interactions with him still inform and resonate with us over 25 years later. Because of that formative experience, we’ve always tried to offer support whenever we can. Gil Scott-Heron often used to say “if you can help someone, why wouldn’t you?” They might sound like words from a cheesy motivational poster, but Gil knew a thing or two, and that’s pretty solid advice. So if we can, we will.

What mentoring support were you able to provide?

We tried to combine practical advice with being a sounding block for creative decision making. We met Rubika at a point where she was struggling to find the right way into the story and the right balance of archive, new interviews and narrative story, so that’s where we tried to help. But above all, we hope we were able to encourage Rubika to listen to her own instincts and trust herself more as a filmmaker.

What do you think the experience taught you about mentoring?

One of the hardest parts about mentoring is resisting the urge to take over. Sometimes the easiest thing in the world would be to jump in and think you can resolve an issue, and sometimes that’s exactly what is needed. But it’s mostly a very short-term solution. We try to pass on what we were able to take from our mentor — a way of thinking. For the want of a better word, a toolkit, for problem solving.

Would you recommend being a Directors UK inspire mentor?

There’s a lot to like about mentoring, but it can be hard to shut off the monomaniacal mind that you’re used to as a director. It can be especially hard as a freelancer to engage with a project outside of your own priorities. But if you’re able to make the time commitment, then we’d say go for it. Get it right, and the benefits will flow both ways.

Like pretty much everyone, we’ve spent lockdown focussing on development. But we’re itching to get back on set and doing the thing we love the most. We were fortunate recently to at least be able to get behind a camera to shoot a live concert film in a Cave in the Peak District for Jarvis Cocker. But it’s really just made us more eager than ever to get back to making films.