When the pandemic struck, Directors UK member Jo Southwell made a plan to move forward in her career — with a particular focus on moving from indie film to gaining her first TV directing credit.

Seeking help to get to that next step, Jo applied for Directors UK Inspire and entered a mentoring partnership with fellow Directors UK member Jennie Darnell — which would see her gaining experience on the set of ITV's hit drama Trigger Point.

Jo tells us the story of her time on Directors UK Inspire — and how it prepared her for that elusive first TV credit — below.

Like many of my fellow filmmakers, the pandemic was not only a time to reflect but also an opportunity to focus, get creative and plan for the future.

I must admit, in November 2020 my mindset was not quite that sharp! Thoughts of never working again - how we would work - how could I, the indie filmmaker, ever get back on set? All of which, now, feels like a distant memory.

However, when I applied to the Directors UK Inspire programme with the ambitions of working alongside Jennie Darnell, things took a turn for the better.

I was aware of Jennie’s work on Line of Duty and Bodyguard. Her journey to HETV started in theatre then continuing drama which led to Midsomer Murders before transitioning to second unit director on Bodyguard. 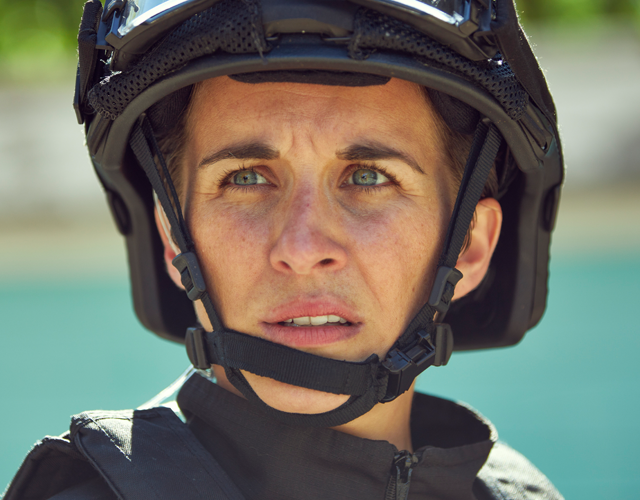 (Photo: Vicky McClure in a strill from Trigger Point - ITV)

Directors UK supported my application to Jennie, and having watched my previous work, Jennie and I had an initial conversation to discuss my aims and ambitions under the Inspire programme.

Jennie agreed to be my mentor for a 12-month period. At such an uncertain time in the industry, despite a busy schedule filming Line of Duty, Jennie and I planned a year-long programme that was aimed at moving me from a director with a strong body of films and VR content to gaining my first TV directing credit.

Jennie knew that in order for me to achieve the next step, getting on set again with a TV production company would be key. HTM agreed that I could shadow Jennie during her directorial block on their new series, Trigger Point, starring Vicky McClure.

Being a shadow on set whilst wearing a mask is never easy, but Jennie and HTM made me feel fully part of the team even allowing the opportunity to work as a second unit director on a few scenes, hand-picked by Jennie and HTM. 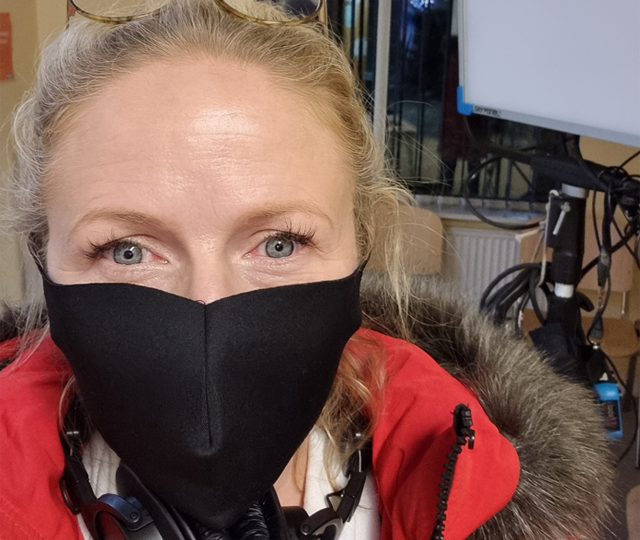 (Photo: Director Jo Southwell on the set of Doctors)

Many find the shadowing experience a difficult one. For me, working on specific days and scenes meant that I could solidify my knowledge, demonstrate my skills and get to meet the team. There were some helpful new experiences too. To begin with, Trigger Point was quite literally an explosive set to be on! I really loved chatting with various HoDs and particularly the bomb specialists on set — it was fascinating to see just how many people are involved behind the scenes on a procedural thriller.

The inspire programme gave me the support and encouragement I needed during such a bleak time in our industry — and it helped me gain my first block of episodic TV directing in November 2021. During my interview with the BBC, they wanted to see and hear about any work I had been able to achieve during the pandemic. Being able to discuss being on set with Jennie and her support as my reference helped to secure my first three episodes of continuing drama.

For my career, this was crucial — being considered as a jobbing director, not as a shadow director. I am now looking forward to my next block with the BBC in March, and the support of Jennie and my time on Trigger Point had a real part to play in making that happen.

Trigger Point is available to watch now on ITV Hub.