Published on: 29 July 2019 in Career Development

When in Rome: we interview Katherine Churcher about directing second unit on Killing Eve

As part of the programme Katherine directed second unit on the second series of the smash-hit Killing Eve, and worked alongside director Damon Thomas at all levels of production.

Read on to find out more about Katherine’s experience working with an amazing cast, witnessing axe-wielding action, and flying on recce trips to Rome. 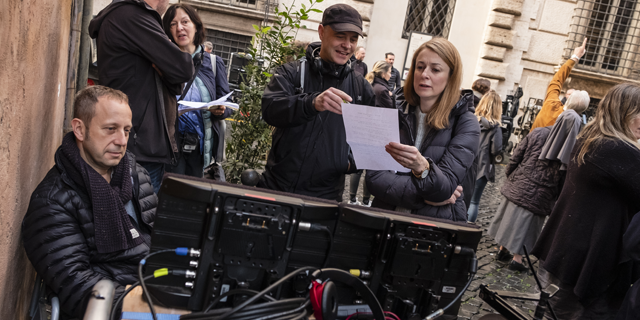 Seeing the story-development from beat documents to drafts through to final scripts was hugely insightful. I also got a great sense of the importance of the location hunt on this level of series.

I was very lucky to be working with director Damon Thomas who was happy for me to be by his side from day one of the shoot. That meant being present from line runs through blocking and rehearsing to shooting, and it gave me 360-degree access to the experience of directing this level of series. 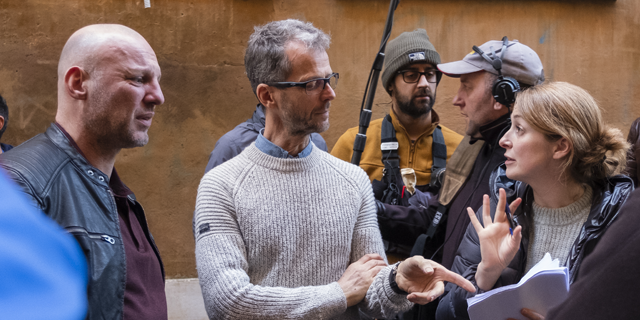 Killing Eve is a really globe-trotting series, with plenty of different locations. How did that affect your time on the shoot?

I worked across the last two episodes of Series 2 which were set in London locations and also Rome. That meant the very tough task (!) of three recce trips to Rome followed by a week-long shoot there. One of the highlights was the time we spent at the final location for the series, Villa Adriana just outside Rome. A UNESCO World Heritage Site, it was a retreat for Emperor Hadrian. It’s simply spectacular and a truly magical place to work. I think the entire crew was blown away by its beauty.

Killing Eve has an incredible cast, including Jodie Comer, Sandra Oh, Edward Bluemel and of course Fiona Shaw. What was it like working with such talented performers?

It was an absolute privilege. The cast were all extremely welcoming and happy for me to be present when talking through script points and direction. 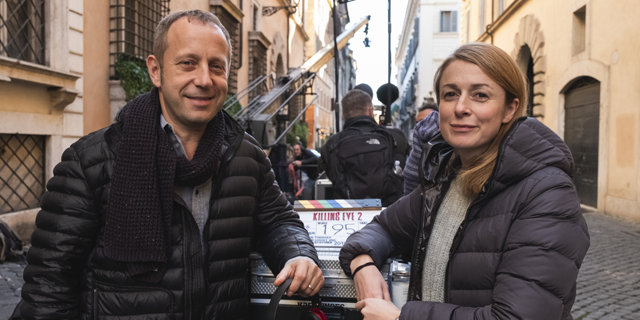 The show doesn’t skimp on thrilling action sequences either. What was your experience of the stunt scenes on this series?

The main stunt sequence I shadowed was the final showdown with Raymond (Adrian Scarborough). There was an extensive fight sequence between Villanelle and Raymond with stunt doubles involved. Watching the development of the stunt through the work of the stunt co-ordinator and doubles and then Jodie Comer and Adrian Scarborough was both fascinating and incredibly instructive. That was followed by Eve’s axe-wielding finale to the scene which provided a stunt with great black comedy.

I have to be honest — it was simply a delight to be part of the shoot. The cast and crew were so welcoming and professional that I felt both supported through all the elements that I directed and also very able to ask questions and learn a great deal when shadowing the main unit. 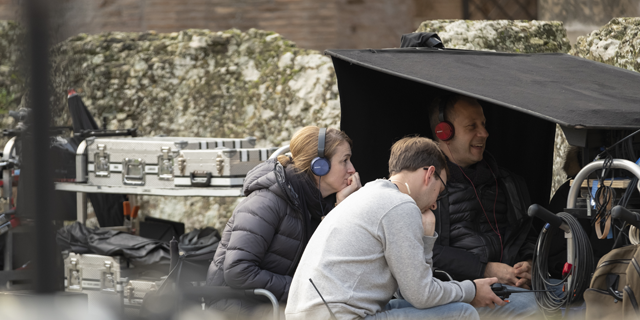 I think, like any director, getting to direct some sections myself was of course incredibly satisfying. It was also extremely useful to be present at rehearsals prior to the shoot as the continuing drama I’ve been involved in doesn’t allow time for this.

I'm currently working on an international documentary for BBC and have further drama work lined-up for later this year. I also have a feature in development — a longer-term project.

Challenge ALEXA 2018 — an interview with the directors